Keep trains running to save cost 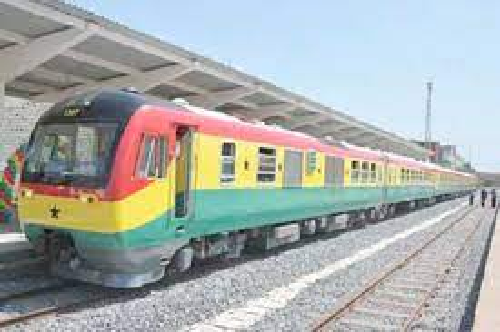 Since Ghana gained independence in 1957 and took over the rail transport system bequeathed to the country by the colonial government, it has struggled to maintain that transport system.

Although initially meant for the freight of raw materials from the hinterlands to the ports for export, rail transport gradually came to be accepted as a fast, safe and cheap mode of transportation.

However, for some inexplicable reasons, the fast-developing railway system which linked the south to the middle portion of the country was left to disintegrate, compounded by the neglect of the sector by subsequent governments.

Be that as it may, the Akufo-Addo-led government has, since taking over the reins of leadership, sought to revamp the sector by first establishing a Ministry of Railways Development, which has made some gains since its inception.

However, those gains face the threat of being undone after so much investment in the sector and attempts to revive rail transport.

Indeed, several mishaps have contributed to making the trains run again a laborious task, but we cannot win if we stop midway to achieving our aim of having a very vibrant rail transport system.

This is why the call by the Public Interest and Accountability Committee (PIAC) to the government to resolve all issues holding the Ghana Railway Company Limited from operating completed and rehabilitated railway lines, especially in Accra, is very timely.

The trains must be running if we are to keep the dream of having a robust railway system alive.

The statement by the Vice-Chairman of PIAC, Mr Nasir Alfa Mohammed, last December during an inspection tour by a team from PIAC of some railway line projects in Accra financed with the Annual Budget Funding Amount, that the inability of the railway company to operationalise the completed railway lines would cost the state more money which could have been used for other development projects must be taken seriously.

This is because as the lines are not being operated at the moment, wear and tear will set in, scavengers will continue to steal the rails and sleepers and very soon we may have to redo some of the projects at a higher cost, which will result in a waste of scarce resources.

The under-rehabilitation Accra Railway Station Platform, the 41-kilometre Accra-Nsawam Sub-Urban Railway line (Narrow Gauge Single Track), soil stabilisation, renewal of bolts and nuts to fasten the rails, among other infrastructure worked on, must be put to use if we are to make some gains.

During the tour of the 41-km Accra-Nsawam Sub-Urban Railway line, Mr Mohammed had said although the initial sum for the project was about GH¢15 million, records from the Ministry of Finance indicated that GH¢48.9 million was spent on the project, a figure which was more than three times the original cost.

He opined that perhaps the situation arose because there were delays which resulted in time and cost overruns that might have accounted for the additional contract money.

This is very worrying and must guide in the operationalisation of the rail lines, as suggested by PIAC.

We cannot afford to throw away the huge investment already made in the railway sector, which means we must start using the few coaches that have been procured or manufactured on the lines that have been laid, while we improve on them.

While at it, we must ensure that all infrastructure is up to world-class standard, so that we protect lives and property and also prosecute anyone found jeopardising lives and the investment by tampering with the infrastructure already put in place.

That way, we will be saving the public purse and offering commuters an alternative to road transport all across the country.