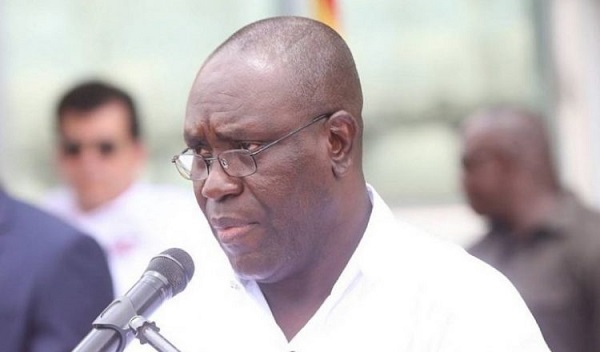 WORKERS have once again voiced out the impact of the soaring inflation on their disposable income.

They have, consequently, urged their employers to respond with immediate pay rise that is commensurate with the pace at which prices of goods and services have risen.

With inflation at 23.6 per cent in April, they said increases in salaries must be the same or higher to avoid entrenching the ongoing “cost of living crisis facing labour”.

The Secretary General of the Trades Union Congress Union (TUC), Dr Anthony Yaw Baah, told the Graphic Business that optimal increments in salaries were needed to make up for the price jumps and curb the imminent poverty that the development was pushing workers into.

Dr Baah, a labour economist, added that workers had endured enough in the past under the guise of helping to rebuild the economy and could no longer take lower pay rises, with inflation now at an 18-year high.

The TUC Secretary General spoke to the paper on the impact of inflation on salary negotiations ahead of this year’s discussion between labour and employers over the rate at which workers’ pay should be increased.

Dr Baah said the union would be approaching this year’s salary negotiation with higher expectations, warning that any attempts to raise pay by a lower rate would not be entertained.

“This year is very different. We are going to go all out to make sure that our members are protected from this cost of living crisis,” he said.

In 2021 and 2022, the salaries of public sector workers were increased by four per cent and seven per cent respectively.

The TUC Secretary General said this year must be different as inflation had risen from the single digit at the time to more than 20 per cent in April.

“We are going to fight for a rate as high as the inflation. Whenever inflation rises and our pay rate is lower, you are killing the workers and that can collapse the services in the public sector.

“We cannot continue to demotivate the workers the way we did in the past and expect them to deliver optimally,” he said

Dr Baah disclosed a process to review the Single Spine Salary Structure (SSS), which covered a large portion of public sector workers, was already underway to make it stronger and benefit workers more.

He said the negotiation on the new minimum wage (MW) was also in process after which salary negotiations would begin.

Dr Baah said the TUC was keen on protecting workers against inflation and other economic challenges that had the tendency to erode their incomes.

He said the trend in inflation and the currency depreciation following that last increment in salaries meant that their salaries had been wiped off.

“For us those on fixed income, we cannot adjust our incomes as and when necessary yet prices of our medicines, food, and other stuffs go up all the time. The obvious thing is standard of living declines.

“With the way things have gone, if someone used to eat three times a day, until they increase salaries, that same person may not be able to eat the same unless the person is just going to eat anything to feel up his/her tummy without course to nutrients.

“So, combined with the cedi depreciation, many workers have been pushed into poverty and that is what the next salary increment must help address,” the TUC Secretary General said.

The posturing from TUC came at a time when concerns over the state of the public sector wage bill have heightened.

The quantum and the impact of the wage bill on the economy have risen in recent times, prompting calls for urgent measures to address it.

In 2021, for instance, the country used more than 57 per cent of its tax revenue to pay the wages and salaries of public sector employees.

Public sector compensation, including wages and salaries, pensions and gratuities, and other wage-related expenditure ended last year at GH¢31.7 billion.

A Bank of Ghana (BoG) report released in March showed that the amount was equivalent to 57.4 per cent of 2021’s tax revenue, which ended the year at GH¢55.2 billion.

This means that of every GH¢1 that was mobilised in tax revenue in 2021, more than 57 pesewas was used to service the public sector wage bill.

The amount was used to compensate about 700,000 people who are on the public sector payroll.

Dr Baah said workers were aware of the concern but found it to be misplaced.

He said with a population of more than 30 million people, it meant that every worker was providing services for more than 40 people and wondered how effective that was.

He also wondered why the country could expect optimal productivity from workers that it was not adequately remunerating.

Dr Baah thus called for commitment from the government to appropriately reward workers in ways that would motivate them to deliver.