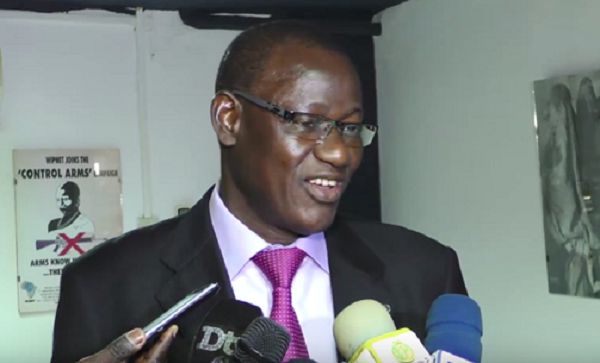 Key stakeholders in the cross-border food trade business have met in Accra to validate a handbook on import and export procedures for processed cereals under the ECOWAS Trade Liberalisation Scheme (ETLS).

The validation workshop was organised by the West Africa Food Markets Programme (WAFM) in collaboration with Borderless Alliance. WAFM is a DFID funded project aimed at promoting staple foods production and cross-border trade.

Evidence available suggests that traders’ lack of knowledge of the rules and non-compliance of the ETLS procedures, coupled with export bans, are affecting cross-border trade of food, heightening the food insecurity situation within some countries in West Africa.

The handbook on import and export procedures for processed cereals therefore presents simplified information on ETLS to facilitate ease of use and understanding by cross-border trade stakeholders.

Also, it has a compilation of the main ETLS documentation requirements to facilitate cross-border trade.

Policy Facility Manager of the West Africa Food Markets Programme (WAFM), Mr Noel Kossonou, indicated that close to 10 million people in West Africa were at the risk of hunger.

He disclosed that strict border controls and food bans were the main factors affecting the flow of food across borders within West Africa.

The Executive Secretary of the Borderless Alliance, Mr Justin Bayili, stated that in spite of the ETLS provisions, cross-border trade in West Africa had not significantly increased.

He indicated that the development of this simplified ETLS Handbook was to aid the process of promoting cross-border trade through sensitisation.

The Member of Parliament (MP) for Anlo and also a member of the ECOWAS Parliament, who serves as a Policy Influencer for WAFM in Ghana, Mr Kofi Humado, indicated that discussions on the ETLS at ECOWAS Parliament had focused on promoting regional trade, especially on food staples.

Mr Humado added that women MPs of the ECOWAS Parliament had been  interested in supporting women entrepreneurs in cross-border trade in cereals and root products.

He expressed pleasure at the cooperation between WAFM and Borderless Alliance in developing the ETLS Handbook.

Participants in the workshop were drawn from the Plant Protection and Regulatory Services Directorate (PPRSD), which is responsible for the issuance of phytosanitary certificate - a critical document for cross-border trade in food.

Also in attendance were representatives from the Customs Division of the Ghana Revenue Authority (GRA), Ghana Institutions of Freight Forwarders (GIFF), Ghana National Chamber of Commerce and Industry and the ECOWAS ETLS Focal Point at the Ghana Export Promotion Authority.