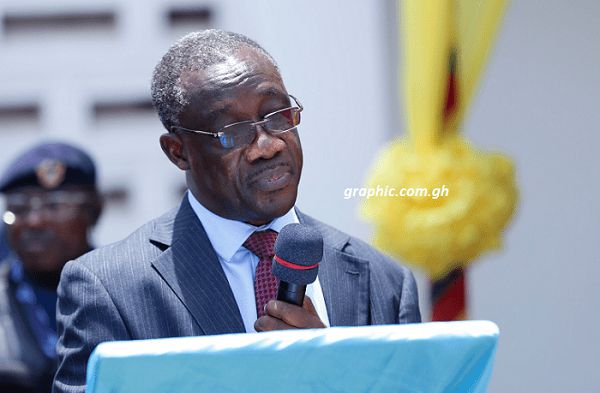 The Ghana Revenue Authority (GRA) has launched a national tax campaign, with a call on tax debtors to honour their tax obligations or face prosecution.

The six-month campaign is a follow-up to a two-month exercise which was launched last year to encourage voluntary tax payment.

Launching the 2018 National Tax Campaign, the Commissioner General of the GRA, Mr Emmanuel Kofi Nti,  said: “With the tax amnesty opportunity offered by the GRA to enable tax offenders to regularise their tax affairs and come clean over, the GRA will now bite and bite hard”.

Currently, about six million people are supposed to be taxpayers, but only about 1.5 million are active taxpayers.

Out of the number, the informal sector constitutes just about 200,000.

This year’s campaign is dubbed: #OurTaxesOurFuture, and will employ the use of the media to deepen and sustain education and sensitisation of the public to tax issues.

The exercise will mainly use workers of the Nation Builders Corps attached to the GRA to promote attitudinal change  and mobilise more revenue in the form of taxes through voluntary compliance by taxpayers.

The GRA will collaborate with the National Commission for Civic Education (NCCE), the Information Services Department (ISO) and other media outlets to reach out to the public through radio and television discussions, community outreach and stakeholder engagements.

The authority, he said, would soon embark on a naming and shaming exercise and also prosecute tax debtors.

Mr Nti cautioned taxpayers and potential taxpayers to be law-abiding and comply fully with tax laws.

He said it was obligatory for every citizen earning income to register with the tax administration, pay his or her taxes on due dates, file tax returns on due dates and make full disclosure of all his or her transactions.

This year, he said, the campaign would focus mainly on the informal sector, which constituted about 70 per cent of the national economy but “its contribution to tax revenue is sadly negligible, about 2 per cent”.

In a keynote address, a Deputy Minister of Finance, Ms Abena Osei Asare, said she was hopeful that the public would respond positively to the campaign by honouring their tax obligations.

She urged operators in the informal sector to see tax payment as a civic responsibility that all Ghanaians must discharge.