The government has intensified mediation efforts between Newmont Ghana Gold Limited and the traditional authorities at Ahafo Ano North to ensure that the Newmont Ahafo North mining project succeeds.

The Ministry of Lands and Natural Resources, which is leading that effort, said the $800million-project was crucial to the country's socio-economic development as it will generate revenue for the state and create more jobs for Ghanaians.

The Deputy Minister of Lands and Natural Resources in charge of Mines, George Mireku Duker, who visited the area on Monday, March 21, underscored the need for all stakeholders, especially the traditional authorities of Ahafo Ano North, to accept the project given that it had enormous economic fortunes. 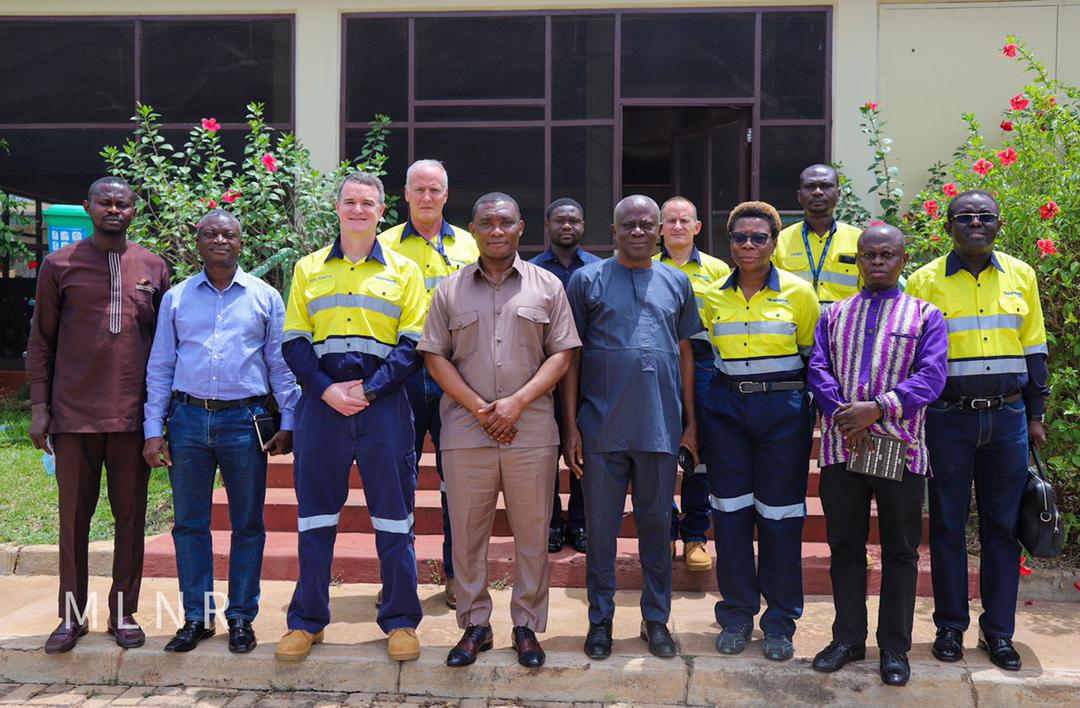 Newmont Ghana’s quest to expand its operations in the country received a major boost following the approval of the Ahafo North project by the board of directors of the company in July 2021.

The company subsequently acquired the requisite regulatory permits and started the land access process for the mine, which is estimated to produce about 3.3 million ounces of gold over the projected 13-year mine life.

Among other things, the company received permits from the Environmental Protection Agency (EPA) for both the Main and Tailings Storage Facility and Water Infrastructure (TSF/WI) in April and December 2021 respectively.

The company also received the required permits and approvals for the land acquisition process.

However, the efforts bring made by Newmont Ghana to resettle some residents in the area to pave the way for the project has been met with some opposition.

Watchers of the mining space fear that if the matter was not resolved, the $800 million earmarked for the Ahafo Ano Project would be relocated to another jurisdiction outside Ghana and the country stands to lose.

Mr Duker observed that as part of the government's overall objective of creating an enabling environment for businesses to thrive, the Lands and Natural Resources ministry would work with all stakeholders to remove all stumbling blocks to Newmont Ghana’s investment plan.

He said the government had taken the position that any entity that would operate within the laws of Ghana and create job opportunities to improve the lives of Ghanaians must be given the needed support.

The deputy minister said he was confident in the road map and compensation regime Newmont Ghana had put in place to deliver on their promises to the host communities and called for cool heads to prevail as the government mediated the process.

He assured the management of Newmont Ghana that all the necessary interventions would be made to resolve the outstanding issues.

“Newmont is credible; that is why we have sacrificed to be here. We are determined to ensure that you do not go back with the money. We will not relent on our effort of assisting you by creating the enabling environment for you to work. We will stand by you and convince the chiefs and our people to be with us. Once you want to invest here, it is important they become part of the process," he said.

Mr Duker appealed to the chiefs and people of the area to consider the interest of their community and that of the country and give their blessings to the $800 million Ahafo project.

He said the project had the backing of Asantehene, Otumfuo Osei Tutu and President Nana Addo Dankwa Akufo-Addo, for which reason it was important for the traditional authorities at Kenyasi to accept it.

He, therefore, described the intervention by the government as a good move towards finding an amicable resolution to the impasse.

Mr Addo-Kufuor said when the project was operationalised, it would benefit the host communities and the country at large.

The spokespersons of the chiefs in the host communities, Nana Oku Agyeman, downplayed suggestions that they were seeking to sabotage the project.

He said they were looking out for the interest of relocators to ensure that their properties received the right valuation.

The Chief observed that although they were aware of the benefit of the project, they wanted the committee set up to oversee the project to be more transparent.

Newmont’s Ahafo North project is located in the Tano North municipality in the Ahafo Region. The five host communities are Yamfo, Susunso, Afrisipakrom, Adrobaa and Terchire.

The project, which comprises four open-pit mines and the construction of a stand-alone mill, is located approximately 30 kilometres north of the company's existing Ahafo South operations.

The Projected capital costs are estimated to be $800 million, with construction expected to be complete in the second half of 2023.

Additionally, the project is expected to create an estimated 1,800 jobs at the peak of construction with more than 550 permanent jobs created once the mine is operational.

A key aspect of the Ahafo North project’s workforce planning will be a target to achieve gender parity in the workforce when operations begin.