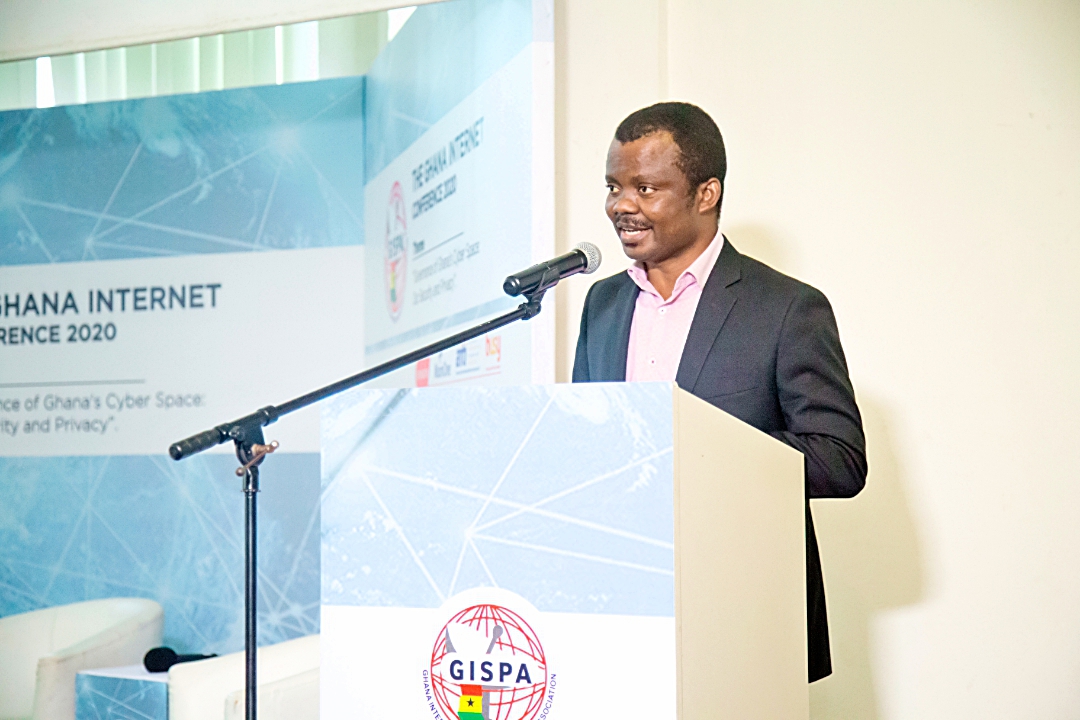 That, he said, translates to a saving of about US$600,000 monthly. He made this known in his welcome address at the Ghana Internet Conference 2020.

This year's conference was held on Thursday, October 22, at the Kofi Annan Center of Excellence In ICT, Accra.

The Conference, which brought together industry experts and policymakers, was held under the theme: "Governance of Ghana's Cyber Space: Our Security and Privacy."

According to him, GISPA owns and manages the Ghana Internet Exchange, a facility that keeps Ghanaian local internet traffic in Ghana.

He said, "our exchange allows local internet service providers and network operators to easily exchange traffic within Ghana while at the same time improving the connectivity and services for their customers."

Mr Densu explained that "what this means is that if you are sending an email to someone here in Ghana, for example, and your service provider is peering at our exchange point, that traffic does not need to travel to a foreign entity before being re-directed to Ghana."

"As at today we are saving the nation more than 90gbpe of traffic translating to about USD$600k a month," he said.

According to Mr Densu, the advancement in internet technology has been very positive in many ways economically, politically, culturally, and socially.

"The world is more open and more interconnected in ways that no one could imagine. I think the benefits are obvious to all of us," the President said.

However, he lamented that "But this comes with many inherent risks for the Our national security, our democracy, our economy and even our social and cultural inheritance."

He indicated emphatically that "Big technology companies such as Google and Facebook are exploiting our market space virtually for free."

According to him, "We also know how even national elections even in advanced countries are being influenced by external forces and some governments have been brought down using social media."

"The fact is that the internet has become another entry into our sovereign space…no wonder modern wars are being fought via the cyberspace and terrorist are using the medium to advance their diabolical acts."

He added that "security cameras and devices installed in homes and offices are being used to spy on people’s privacy."

"All kinds of apps are making their way into the cyber-space collecting all sorts of data about the country and its people."

He explained that "in response to these threats some governments have taken the hard stand of completely shutting down the internet at certain times or limiting its use to certain specific services."

He pledged the commitment of internet services providers in Ghana to provide superior and secure services to their customers.