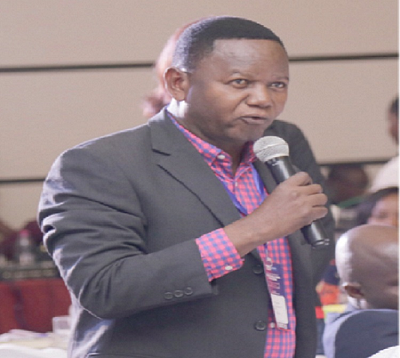 The General Agricultural Workers Union (GAWU) has expressed fear that an International Monetary Fund (IMF) programme will further worsen the plight of the players in the agricultural sector.

According to the union, the existing level of challenges within the agric sector was enormous enough to ground the sector, adding that a Bretton Wood programme will worsen it.

The General Secretary of the union, Mr Edward Kareweh, in an interview with the Graphic Business, said the sector could shrink to the point where it could barely cater for the needs for people.

Already, he said, the majority of Ghanaians who are under the poverty line are in the agric sector, and noted that going to the IMF would further constrain government policies to support the sector.

“It means that the sector will be further hard hit. Because the government itself has shown that its programmes within the agric sector are not sustainable, they are reducing the subsidy and are also reducing the quantum of inputs that will go under the subsidy. So, it is going to be a disaster for this country and it is unfortunate that government has led us to this point,” he said.

Consequently, he said the union is totally opposed to the government’s decision to seek support from the International Monetary Fund (IMF).

Mr Kareweh explained that labour would not be able to deal with the structural and fundamental changes that may come with an IMF programme.

In an interview with the Graphic Business on July 4, he said the solution to the country’s economic challenges did not lie with the IMF, stressing that what was required is for the government to be self-disciplined.

“The solution does not lie with the IMF. The consequences of going to the IMF will mainly be borne by labour and that is why we are opposed to it. IMF will expect government to cut down wages, freeze wages and all manner of things that does not inure to workers welfare,” he stated

Mr Kareweh noted that there were issues with the size of government that needed to be dealt with.

He said that the country had taken loans for projects which are not visible.

“In fact, many Ghanaians are not aware of how these monies have been used. We cannot also be certain that if they get the money from IMF they are going to use it judiciously,” he said.

“It is not about how much money you get; it is about how effective you use it. But we are not seeing that. So, in actual fact, we don’t want them to go to IMF when the problems for which they are going there will not be resolved, and yet IMF will now also come up with its own conditionalities which will be detrimental to workers,” he said.

Instead of going to the IMF, Mr Kareweh asked the government to be prudent with its expenditure and rather seek reforms at the IMF to enable countries such as Ghana benefit from the fund in a positive way.

“Their reasoning, their thinking, what they do and what they act on, has brought us to this level. We cannot expect the same people to reason otherwise.