Awareness campaign on annuities takes off 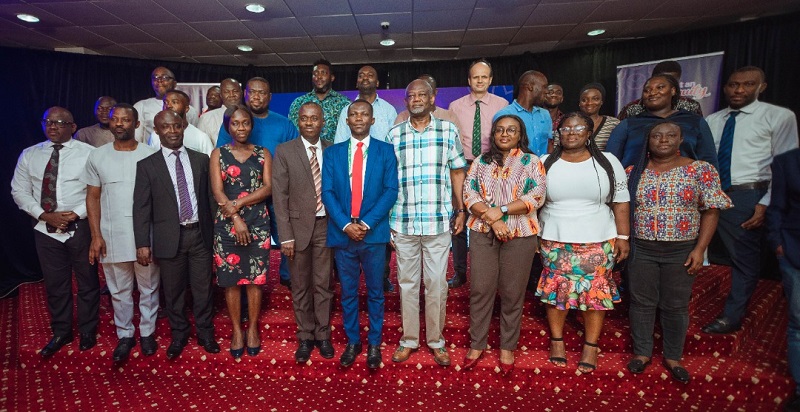 LIFE after retirement always creates panic in the systems of most workers around the globe as people are not sure of the outcomes and the conditions under which they may be living while on retirement.

Recent studies have shown that annuities can be important elements in planning for a healthy and secure retirement.

An annuity is a contract between a person, usually a retiree and an insurance company whereby the insurer makes a promise to make periodic payments to the owner of the product, starting mostly upon retirement.

An individual purchases an annuity either with a single payment or a series of payments called premiums.

Consequently, the National Insurance Commission (NIC) with support from the German Development Agency (GIZ) has unveiled a public awareness campaign on annuities as a financial tool for retirement planning in the country.

The campaign is to create significant awareness of the importance of annuities as a great tool for financial independence during retirement.


It is also part of measures to deepen the annuity market in the country through a series of nationwide public awareness activities.

Commissioner of NIC, Kofi Andoh, at the media launch of the annuities campaign in Accra, observed that a key financial tool that could significantly help in mitigating the risk of an unstable income flow during retirement was an annuity.

He said the benefits associated with annuities could not be overemphasised with financial security, liquidity, guaranteed lifetime income supply, maintenance of lifestyle and ability to cope with unforeseen and unplanned expenses.

He said seeing how much of a game changer annuity could be, the NIC with support from GIZ, had taken it upon itself to undertake a nationwide campaign that will help educate the public on how they could use annuities to make retirement better.

“We expect that this nationwide sensitisation to annuities will create awareness, build public confidence in annuities and lead to significant uptake of annuity products on the market,” he said.

The Assistant Manager in-charge of Standards and Compliance at the National Pensions and Regulatory Authority (NPRA), Edward Edman Biney, said the authority had already engaged the few annuities’ providers approved by the NIC as part of its activities to ensure compliance with the provisions on annuities to retirees and its vision to ensure retirement income security of workers.

He said with the current private pensions asset under management hitting GH¢40 billion as at end of 2021, the authority calls on the approved life annuity underwriters to take advantage of the opportunities (the demand) created by the Pensions Act to make this special initiative a successful story.

The Head of Programme for Sustainable Economic Development at GiZ-Ghana, Detlev Axel Jahn, said GIZ was excited about this campaign and foresaw that it would bring a tremendous amount of value to the entire Ghanaian insurance industry.

It can only take education to create awareness and good products to entice the public.

Against this background, the insurance companies licensed to provide that policy must ensure that aside from creating awareness, they properly train their staff to tell the public exactly what that kind of insurance is.

There are many instances in the market where salespersons of insurance companies go round to embellish the products and packages they sell only for people to buy and get less than the value they anticipated.

This is about retirement and people should not be made to get in only to regret it, albeit a good move to take.