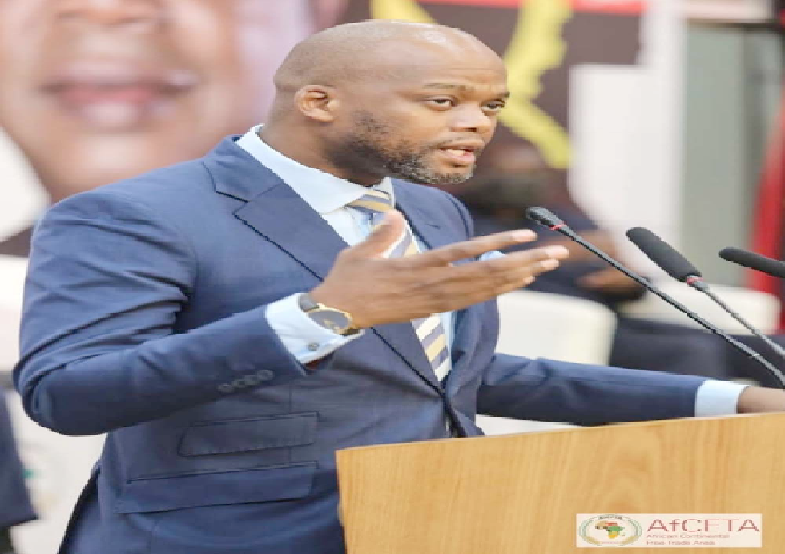 THREE years after an elaborate launch of what many experts have said would position the African market competitively globally, many countries are yet to take full advantage of the $4 trillion trade opportunities.

The African Continental Free Trade Area (AfCTA) concept has been locked up in yet another bureaucratic process and long talks.

Out of the 44 countries that have ratified the agreement, only eight have submitted their tariff guidelines, a pre-requisite for the take-off of the trade agreement, which is expected to create a market size of 1.4 billion people.

As of June 2022, 54 countries had signed the agreement, with 44 of them submitting their instrument of ratification.

However, it appears these African countries have not demonstrated the same commitment towards submitting their tariff guidelines, which would pave way for the full implementation of the agreement.

For exports to start under the agreement, there is the need to negotiate various protocols. The elements of trade are basically two, goods and services. There were two critical protocols that had to be negotiated, one on goods, and the other on services.

The launch of exports under AfCFTA was on January 1, 2021, which opened up the way for negotiations to be completed. The target was that when negotiations were 90 per cent complete, trading could start.

By June last year, negotiations were 87 per cent complete and the Ministers of Trade that met in Accra decided that trading could start.

This was, however, not possible as a lot of countries that have signed and ratified the agreement were yet to submit their tariff guidelines.

Inability to export to some countries

Speaking in an interview with the Graphic Business, an International Trade Expert, Anthony Nyame Baafi, said if the countries who had ratified the agreement did not submit their tariff schedule of commitment, then exports could not be made into those countries.

Mr Baafi, who is the immediate past Chief Trade Negotiator for Ghana and played an instrumental role in the AfCFTA negotiations, said he was aware that most of the countries were yet to submit their tariff schedule of commitment to the AfCFTA Secretariat.

“If the AfCFTA Secretariat does not have this tariff liberalisation schedule then definitely you cannot export to those countries because you don’t know the tariff line that falls under the 90 per cent, the seven per cent and the exclusive list.

“I am also aware that the secretariat is still technically validating that of those who have submitted theirs so this is also contributing to the delays,” he stated.

To encourage some initial export under the AfCFTA, the secretariat in October 2022 introduced the Guided Trade Initiative, which saw seven African countries agree to make some exports under the free trade agreement.

Mr Baafi said this initiative was even the reason why some exports had been witnessed under the AfCFTA agreement.

Since the exercise started, four Ghanaian companies have taken advantage of it to export to Cameroon and Egypt.

The companies were in the area of tiles, dry fruit and palm kernel oil.

Mr Baafi urged African governments who were part of this Guided Trade Initiative to do more public education so that the private sector of the various countries could also take advantage of this opportunity available.

“At the end of the day, it is the governments that will sign the agreements but it is the private sector that will have to do the trading,” he stated.

Checks by the Graphic Business also indicated that this Guided Trade Initiative is also faced with some challenges as there have been occasions where goods have landed in some countries and the customs there did not have the proper authorisation to clear the goods under AfCFTA.

Mr Baafi, however, said this was normal with international trade and was hopeful that all these issues would be addressed with time.

Mr Baafi said it was the expectation of the African Union that full implementation of the AfCFTA would start by the end of the first quarter of 2023.

“The expectation is that maybe by the end of this quarter, virtually all the countries that have ratified the agreement would have submitted their tariff liberalisation schedules to the AfCFTA secretariat for it to be technically verified and then they can go ahead to export to those counties.

“There is also supposed to be an AU meeting in February so it is the hope that the AU will help move the process forward by impressing all member countries who are yet to submit to send it as soon as possible,” he stated.

He also urged the countries who were yet to submit to contact the AfCFTA Secretariat for help if they had any challenges.

“Anything other than this, the agreement will be there and not implemented,” he cautioned.