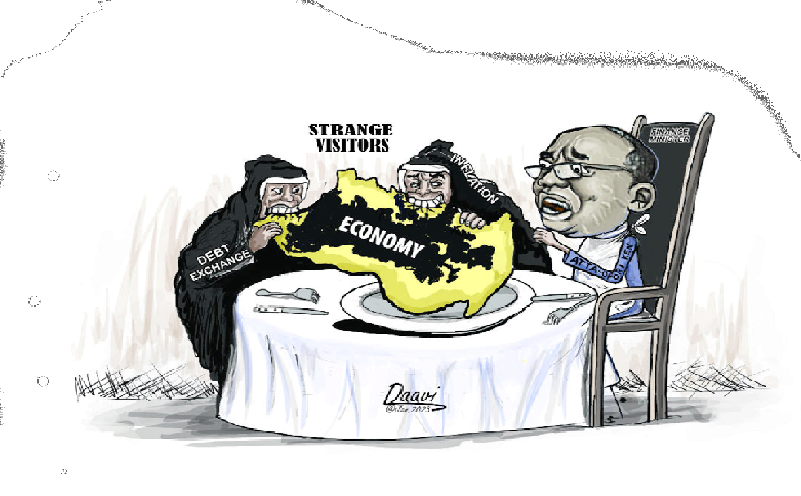 The insurance sector will take a huge hit of about 40 per cent on its investments as the deadline for Domestic Debt Exchange Programme (DDEP) approaches, industry players and analysts have said.

Although sector players were strongly pushing for an exemption from the exercise to enable it to honour its claim payments timeously, the government said: “total exemption is not an option.”

Data available to Graphic Business indicates that the sector has 40 per cent of its investments amounting to some GH¢4.6 billion directly exposed to Government of Ghana ­securities with an additional 10 per cent invested in licensed banks and fund managers.

The third quarter of last year’s financial analysis shows that assets of non-life insurance companies stood at GH¢4.92 billion while that of life was GH¢6.60 billion. That brings the total to GH¢11.53 billion out of which 40 per cent is at risk of being either lost or placed in the worst state.

At his official inauguration, the new President of the Chartered Insurance Institute of Ghana (CIIG), Mr Solomon Lartey, warned that insurance companies might not be able to meet their obligations with total liabilities amounting to GH¢5.96 billion under the current DDEP programme.

The Minister of Finance, Ken Ofori-Atta, had warned last week that the government could not guarantee a total exemption of insurance companies under its DDE programme.

The Insurance Sector challenges come at a time the entire financial sector was facing severe challenges on account of the DDEP. The banks are equally reeling under a lot of pressure with some four banks considered to be under stress.

The government is seeking a US$ 3 billion IMF bailout as its debt to gross domestic product (GDP) ratio reaches unsustainable level of almost 100 per cent.

In an industry such as insurance, liquidity is a key component of the business. In Ghana, insurance companies pay as much as GH¢4.3 million daily as claims to deserving clients and it is feared that should the exercise be carried out without proper measures to ensure liquidity, the consequences could cripple the sector.

The deteriorating economic conditions in the country over the years forced insurance companies to underwrite a loss of GH¢356 million in quarter three of last year alone, a development that meant that the sector’s only source to make up for the losses is its investment income which is presently under threat of being lost.

Already, the high depreciation of the cedi against the major foreign trading currencies and the galloping inflation of 54.1 per cent as of December, last year, is taking a serious toll on the sector.

How they got exposed

The sector players, the Graphic Business has learnt, were compelled by the industry regulator, National Insurance Commission (NIC), to invest in government securities particularly, bonds, since they were deemed to be risk-free and could help improve liquidity because of the nature of coupon payments.

The source said, the NIC, was subsequently leading discussions with the government for an exemption or a review of the DDEP structure in order not to hurt the fragile industry.

The NIC is currently leading frantic discussions with the government over the matter but as of last week, there was no progress made, a development which has put industry players on edge.

In view of the obvious consequences, the new CIIG President has urged all players in the financial industry to unite in their quest to ensure the DDEP does not affect them negatively.

His call comes at a time when each financial sector is negotiating with the government separately although their activities are linked and hitting on one could affect all.

‘In fact, we are different sides of the same coin. Whatever affects one side, affects the other as well,” he stated.

A former Minister of Finance, Dr Kwabena Duffuor, said on an Accra radio station that the insurance sector would suffer severe liquidity challenges if the DDEP in its present form was allowed to stand.

According to him, insurance played a pivotal role in restoring losses suffered by individuals and institutions and, therefore, should there be any such eventuality, the industry would not be able to pay claims due and that would worsen the plight of the people.

He also feared that the confidence being gradually built in the people to appreciate the value of insurance could be jeopardised and urged caution.

Meanwhile, the insurers association has responded to the government’s “no exemption an option” statement but it is yet to receive a response.

The association wants more time to have better clarity on all the issues pertaining to the debt exchange and also engage policyholders, shareholders and the boards of insurance companies.

“We will also be grateful to have a uniform effective coupon rate per instrument to enhance liquidity,” it said in the letter.