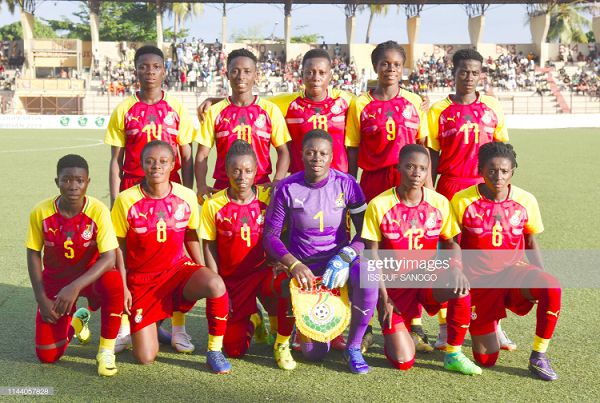 A line up of the Black Queens team
30.5k Shares

The Super Falcons of Nigeria were last Saturday crowned champions of the West Africa Football Union (WAFU) Zone B Women’s tournament at the Stade Robert Champroux after they defeated hosts Cote d’Ivoire 5-4 on penalties.

In the final, the Super Falcons had to fight their way back into the game after going down 0-1 late into the first half through Ange Koko N’Guessan’s spectacular free kick, which set the home crowd agog.

The hosts were resilient, repelling everything the Nigerians threw at them, but the pressure paid off eventually for Thomas Dennerby and his charges very late in the game when Uchenna Grace Kanu scored in the 95th minute that crushed the spirit of the determined hosts.

From the spot, Amarachi Okoronkwo, Maryam Ibrahim, Alice Ogebe, Joy Bokiri and Captain Evelyn Nwabuoku made no mistake as they converted to lift the trophy.

After losing their semi-final game to Nigeria on penalties, the Black Queens returned for their third-place game determined not to pay the penalty against the Malians last Saturday.

Grace Asantewa, Ellen Coleman, Alice Kusi, Grace Animah, Gladys Amfobea, Rita Okyere, Evelyn Badu and Justice Tweneboaa converted their spot kicks but goalie Fafali was the heroine of the day as her last minute save made the difference after both sides were tied on seven goals each.

Ghana’s Janet Nana Ama Egyir was adjudged the Woman of the Match, her second in the competition having won it earlier during Ghana’s Group A opener against Senegal.

Ivorian striker Koko Ange Nguessan was the Best Player of the Tournament.