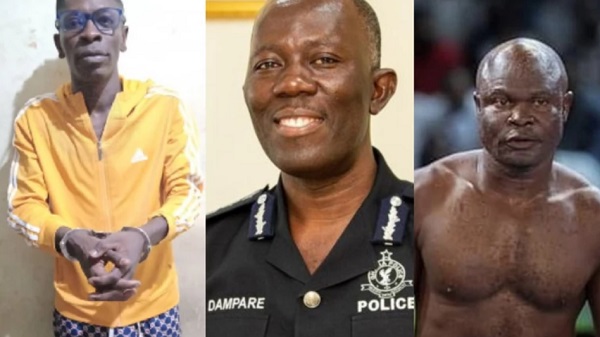 According to him, Wale's arrest was proof that the new IGP was a no-nonsense man who will not hesitate to arrest anyone who goes contrary to the laws of the country.

In an interview with GTV, Banku who developed a reputation for running afoul of the law in the past pleaded with the Inspector General of Police, Dr George Akuffo Dampare to forgive his past transgressions.

When I heard that Shatta Wale has been arrested, I started fearing Dampare. He’s my friend but now I fear him --- Banku said on GTV’s Breakfast Show.

If you say you’re crazy, he’s crazier than you. He arrested Shatta Wale, the king of music in Ghana. I’m changing my life. Dampare is a no-nonsense man, Banku said.

It will be recalled that Wale, known in his private life as Charles Nii Armah Mensah was arrested and later granted bail for publishing false news.

The former WBO Africa Light Heavyweight champion also responded to critics of his bleached skin, comparing himself to the late pop star Michael Jackson, Banku said it was a part of his brand

Bleaching is my new brand. It’s been my character since the beginning. Even Michael Jackson bleached himself, he added.

So nobody should tell me to stop the bleaching. It’s my talent and that’s why they call be Banku Fresh. Everyone and what makes them popular.