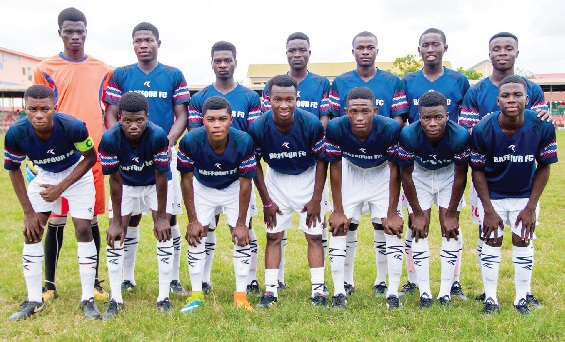 Newly promoted Division One League side, Baffour Soccer Academy, have been hit with a massive tragedy following the loss of their head coach, Mr Ibrahim Mohammed, aka Polo, and an administrative officer, Mr Richard Kwaku Adjei, through a motor accident on the Accra-Kumasi Highway last week Monday.

The two officials were part of a contingent travelling from Sunyani to Accra for a pre-season tour ahead of the team's maiden participation in the Division One League.

The incident occurred at Bonsu-Nkwanta when the team’s bus veered off its lane and collided with an oncoming vehicle and left many players and officials suffering varying degrees of injury. However, Mr Adjei died while receiving treatment at the Wenchi Methodist Hospital in the Bono Region last Friday, while the coach passed on last Friday at the Greater Accra Regional Hospital at Ridge in Accra.

The Daily Graphic gathered that Mr Mohammed was in critical condition after the incident, having been trapped in the vehicle and it took the intervention of the police and personnel of the Ghana National Fire Service to rescue him from the wreckage.

He was an assistant coach of defunct Ghana Premier League side Wa All stars and starred for Upper West Heroes during his playing days.

Mr Adjei was also a sports journalist with a Sunyani-based FM station Service Radio, having previously worked with Ark FM and Metro FM in Sunyani and Kumasi respectively.

The Daily Graphic gathered that he passed on while undergoing surgery at the hospital.

Baffour Academy qualified for the Division One League early last month after defeating Kato Freedom Fighters 2-0 to win the Brong Ahafo Region Division Two Super Middle League and were preparing for the second-tier of the competition which commences on November 12.

The football club is owned by the Minister of Employment and Labour Relations, Mr Ignatius Baffour Awuah, who is also the NPP Member of Parliament for Sunyani West.