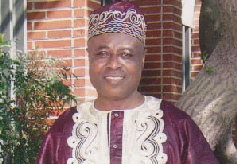 One rarely meets national heroes and heroines to talk about their ‘good old days.’ However, when that opportunity presents itself, it is worth the while. That meeting becomes an opener for those who have only read about the great achievements of these legends to go ‘down memory lane’ with the celebrants and relive those moments.

In the past three months, the Graphic Sports’ Rosalind K. Amoh has been lucky to meet and interact with some of the legends of Ghana athletics. This week, she was with Stanley Allotey, one of Ghana’s gold medalists at the 1966 Commonwealth Games in Kingston, Jamaica.

Allotey, who turns 71 on November 14,  won gold in the 110 yards event before anchoring the Ghana team to win the 4x110 yards with Charles Ebenezer Oko Addy, James Addy and Bonner James.

Having retired from active work, Allotey, who trained as a journalist and also pursued a Masters programme in Public Adminsitration, for 21 years worked at the Crompton Community College as Matriculation and Transfer Specialist.

In between time, he has written a book, ‘The Eye of An Eagle’, which talks about the plight of African students in the USA, and which has been adapted as a textbook for English students.

His association with athletics since his retirement has been to touch base with his athletics teammates and following Ghana’s exploits on the international scene.

Below are the excerpts of an interview he granted the Graphic Sports:

Graphic Sports (GS): How did the journey to stardom begin?

Stanley Allotey: In 1962 when the Inter-College competition was introduced, there were many young people like me who were excited and just wanted to be part of it. I didn’t know I could even run that well but I was encouraged to do so and was fortunate to find my talent there. I ran for Odorgonno Secondary School and later Prempeh College, and that was how it all began for me.

GS: And how did you get into the limelight?

SA: I would say it was destined to happen because I was completely an unknown chap who was only interested in running because I realised I was good at it. After school, I worked with the National Sports Council for a while as I tried to figure out what to do next. With that opportunity, I trained at the Accra Sports Stadium and was fortunate to be named in the athletics team for the 1966 British Commonwealth Games in Kingston, Jamaica.

GS: Before the Kingston Games did you compete in any international event?

SA: No, not at all. The only event was the Ghana-Nigeria Meet at the Accra Stadium. I was a complete green horn with only the desire to win. In that event which also served as part of our preparation for the Commonwealth Games, I beat the then African champion, David Njoke, giving me the confidence that I could do well at the Games.

GS: The story of how an unknown Ghanaian conquered Kingston in 1966 has been narrated every now and then, but there’s nothing like hearing it from the horse’s own mouth. Can you take us down memory lane on how you actually did it?

SA: It’s such a nostalgic feeling. I set a new Games record without knowing it. My attention was only drawn to it when my teammates run to me in excitement.

GS: How did it happen?

SA: Without any experience at that level and coming up against all the big stars, including Njoke, my main aim was to be in the final. In each event, there were four races – the heats, quarter-finals, semi-finals and the final. Those who had run earlier had done 21.2secs and 21.3secs. My best time was 21.4secs so I knew I could make it to the next round. I ran the fourth heat at 10.a.m. and finished the race without knowing that I had set a record. As I dressed up after the race, just happy that I had made it to the next round, a colleague (I don’t remember who it was) came to me in excitement to congratulatee me for setting a new record. I could not believe it! It was after the announcement in the loud speakers of a new time of 20.9secs in my name that it dawned on me. I remember I just screamed and gave the colleague a big hug. Sincerely, before then I thought that time was unattainable but then I began to think of what next would happen in the subsequent races. It was unimaginable and I struggled to separate reality from fantasy.

GS: So you run the quarter-finals, semi-finals and then the finals?

SA: Sure, and there was more drama to follow. The Australian sprinter, Eddy Johnson, broke my record by just a second with a new time of 20.8secs in the quarter-finals and the whole stadium became excited and looked forward to my race. I also ran and reclaimed the record with a time of 20.7secs. An hour later, I ran in the semi-finals and improved the time by a second. It was an unforgettable day for me and I was inspired and motivated for the final which I won with a time of 20.6secs, beating Trinidad and Tobago’s Edwin Roberts and Nigeria’s Njoke.

GS: Looking back then and now, what do you make of the way records are set and broken?

SA: Back then it was a big deal just as it is now. The beauty of it all was that nobody had heard of me or knew about me before then. Yet, I was able to make it. Perhaps, what helped me was the fact that I had trained on coarse tracks and had the opportunity to run on very good tracks which helped one to be faster. But if we could run under 21 seconds then, I think running under 19 seconds and even 18 seconds is possible because the sport has evolved and been greatly helped by the facilities being provided.

GS: You went on to win the 4x110 yards gold too. Kingston certainly was a good event for you.

SA: Certainly it was. I went on to anchor the relay team to win gold too and the ‘good feeling’ never left me. It was even made better because my reward was a scholarship to attend college in the USA. I gained admission at the California State University in Los Angeles.

GS: That might have ended your dream of winning more laurels as very little was heard about you afterwards.

SA: Not at all. It rather made me better because I needed to stay in school to enjoy the scholarship. My times improved to 9.3secs in the 110 yards and 20.4secs in the 220 yards. I also ran for Ghana at the next Olympics where I reached the quarter-finals, while the relay team reached the semi-finals.

SA: Unfortunately, the scholarship only covered the first degree which helped me to complete a degree in journalism. Afterwards, I decided to pursue a Masters programme in Public Administration and because it was difficult combining school, work and training at that time, I opted out of sports. However, that did not kill my interest in the sport. I continued to follow it with keen interest.

GS: Taking a cue from the story as to why you had to opt out of sports, most people believe that instead of awarding scholarships to individual athletes who also tell similar stories like yours, those who offer the scholarship should rather provide assistance for the beneficiary countries to develop the sport at home to benefit many more people. There are so many Ghanaian athletes who improve their performances when they travel abroad on scholarship (some not so dramatic though) and nothing is heard of them when they leave school. What do you say about that?

SA: I don’t believe that individual athletes should be denied those opportunities. There are many athletes, not in Ghana alone, who have benefited from such programmes both academically and in other spheres of life.
What perhaps should be done is to give the athletes the right orientation on how to remain focused once they have the opportunity. Indeed, to help in this area, I have written a book, ‘The Eye of An Eagle’, from my own experience and that of other Africans to help.

GS: Stan, If Ghana could do well at that level back then, what do you think has gone wrong in recent times as there are many more athletes going abroad on scholarships?

SA: I didn’t do anything related to sports but from my involvement back then and a lay man’s point of view, good programming and continuity has been Ghana’s bane. It’s all about organisation. We don’t seem to get it right on that score: Poor planning and effective harnessing of talents.
We have a lot of potentials but we need to have a good consistent programme to unearth and nurture those potentials. That is why I cannot understand why the tracks at the Accra Stadium were taken off.

That single action clearly shows that as a nation, we are not interested in how well our athletics do. It looks like it’s only football.  How can a whole nation be without a standard tartan tracks? So where will the national athletes train?

Again, what has happened to the ‘inter-co’ which used to unearth so much talent, and the competitions that will make the athletes consistent and active? We cannot be a serious athletics nation if all we have in the whole year is one competition.
I don’t think this is good enough. Those in charge now must  rethink and plan.

GS: As an old athlete, what do you think you can do to help?

SA: I don’t have the technical know-how but I still have the interest, and now that I’m on retirement I’m willing to return home to help. We simply cannot watch athletics die. We need to do what we can to revive the sport but that is also dependent on how much those in charge now will want us to be involved.

GS: Uncle Stan, thank you very much for this trip down memory lane. I’m really grateful.

SA: It’s been my pleasure. If you don’t mind, please take an autographed copy of my book.