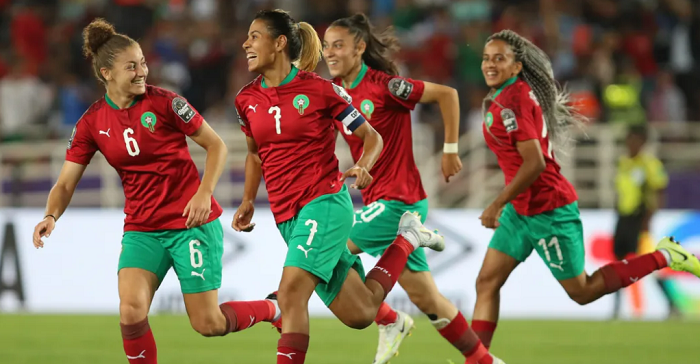 Hosts, Morocco got off to a winning start as they beat debutants Burkina Faso 1-0 in their opening game of the 2022 Africa Women’s Cup of Nations (AWCON), which opened in Rabat on Saturday.

Ghizlane Chebbak scored in the 29th minute for the competition’s first goal which put her side, the Atlas Lionesses ahead, a goal well received by the home fans who turned up in their numbers to cheer their team on.

It was a well-taken freekick that was squeezed into the near post and Burkinabe Mariam Quattara got the direction alright but could not stop the ball from hitting the net.

That would however, be the only goal to be celebrated on the opening day as goalkeeper Quattara made some brave saves to deny the Moroccans the chance to increase their tally, despite their dominance for most part of the entire game.

The West Africans themselves had some decent chances, but their inexperience in the final third denied them the opportunity.

Chebbak’s effort earned her the Player of the Match award, while the win puts Morocco top of the standings in Group A until July 3 when the other group members, Senegal and Uganda have their turn.