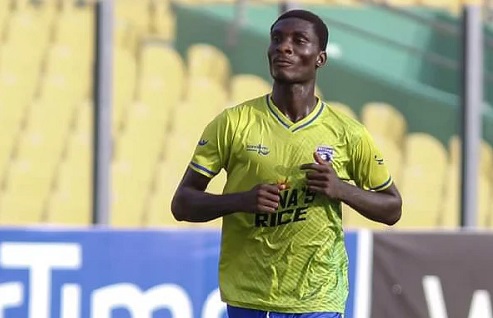 The Disciplinary Committee of the Ghana Football Association (GFA) is awaiting a response from Bechem United’s Samuel Osei Kuffour to decide on an action to be taken against him.

Kuffour was seen deliberately kicking Kotoko’s Frank Thierry Etouga Mbella in an off the ball incident during their Premier League game at the Nana Agyemang Badu Park last Tuesday.

His conduct is said to have breached Article 34(6)(d) of the GFA Premier League Regulations, 2019.

A statement by the FA said per the charge sheet, “Samuel Osei Kuffour did intentionally kick player number 11 of Asante Kotoko SC (Frank Thierry Etouga Mbella) in an off-ball situation, an action which in the opinion of the association is improper behavior and likely to bring the game into disrepute”.

As a result, the player has been given up to 5:00pm on Thursday to March 10 to respond to the charges failing to which the Disciplinary Committee will pronounce judgement.