Ghana team has suffered a huge blow ahead of the commencement of the athletics events at the Commonwealth Games on Thursday following the withdrawal of sprinter Joseph Oduro Manu and Emmanuel Yeboah from the competition due to their inability to secure United Kingdom (UK) visas in time to travel to Birmingham.

Manu, who competed in the 4x100m event with compatriots Benjamin Azamati, Sean Safo-Antwi and Joseph Paul Amoah at the just-ended World Athletics Championships in Oregon, could not travel to Birmingham due to visa issues.

Similarly, Yeboah, who ran in the third leg of Ghana’s 4x100m semi-final at last year’s Olympic Games and was a reserve athlete for the sprints relay in the just-ended World Championships, failed to travel to Birmingham since his United States (US) visa renewal was yet to be processed.

Graphic Online understands that the US-based duo fear they would not be able to travel back to the US from Birmingham if their visas are not renewed.

As a result, the Ghana Athletics Association Wednesday  named Barnabas Agerh and Rasheed Samimu, both home-based sprinters, as replacements for Manu and Yeboah.

The withdrawal of the experienced duo is a big blow to the relay team, one of Ghana’s strong medal hopes at the Commonwealth Games. They were part of the quartet’s impressive performance at recent events where they set national records at the Tokyo Olympics and the World Championships.

“It is indeed going to be very difficult for the relay team because Oduro Manu has contributed immensely to their success and he would be missed,” the source told Graphic Online.

Meanwhile, female long jumper Deborah Acquah is yet to also secure her visa to the UK to participate in the games. 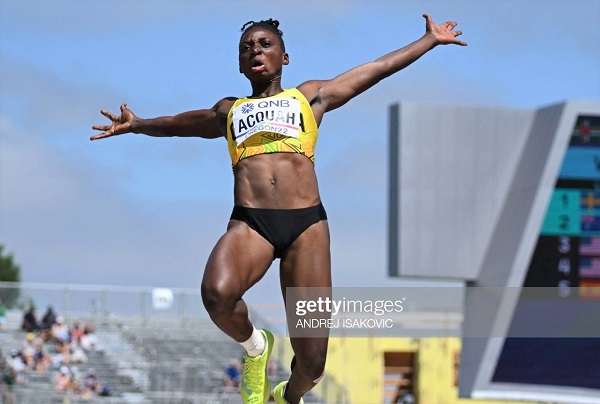 Acquah, 26, the national record holder and a silver medallist at the 2019 African Games in Rabat, competed in the just-ended World championship in Oregon where she failed to go past the qualifying round.

She is one of three female athletes, including sprinter Halutie Hor and Latifa Ali, both listed for the women’s 4x100 metres event, who are still awaiting their UK visas to travel to Birmingham to join the Ghanaian contingent.