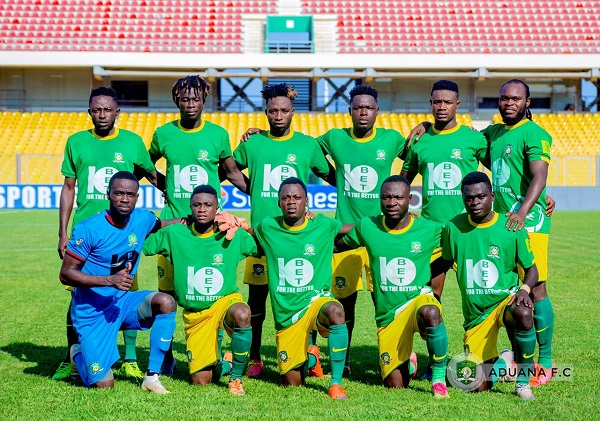 Striker Evans Adomako’s strike after 78 minutes returned the hosts to winning ways, having gone over four games without a win.

However, Aduana still maintain their lead with 24 points despite the slim defeat to a Karela side who are fighting for survival
At the Accra Stadium, Hearts of Oak dropped vital home points after failing to beat Samartex 1996 in a hard-fought goalless stalemate.

The Phobians failed to capitalise on Aduana’s slip in front of their home fans for the first time since the festive season.

In other matches, Great Olympics travelled to the Cape Coast Stadium to beat bottom club, Kotoku Royals, 2-0 with their impressive performance.

Goals from Samuel Ashie Quaye and Aryeetey Ayikwei in the 29th and 76th minutes handed the visitors a deserved victory away from home.

A penalty kick by Agyenim Boateng Mensah in the 15th minute gave the homesters a deserved lead, before Issah Kuka equalised for RTU seven minutes later.

Mensah, however, hit a brace when he converted another spot kick after 85 minutes to restore Dreams FC’s lead. Two minutes later, Ali Huzaf netted the winner to earn Dreams FC a deserved win.

At the Baba Yara Stadium in Kumasi, King Faisal managed a 1-0 win over Tamale City at home, while Legon Cities and Nsoatreman played out a barren drawn game at the Nana Kromansah Park.