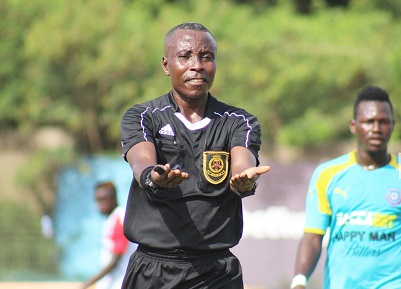 Ghanaian referees, Charles Benle Bulu and Tijani Mohammed, have been picked to officiate in the upcoming West Africa Football Union (WAFU ‘B’) Under-20 qualifying tournament.

The competition, which would be staged in Togo between November 14-29, would be used to select representatives for the sub region for the next Under-20 Africa Cup of Nations.

The two referees were picked following their impressive performance in the local league and a successful screening exercise.

They would be accompanied by Ghana Football Association (GFA) Deputy General Secretary, Alex Asante, who has been picked as the General Coordinator of the tournament.

Francis Oti Akenteng who was also former GFA Technical Director has been drafted to join the Technical Study Group.

Those selected are expected to undergo Cooper tests and course on November 10 and 13 while a virtual draw for the competition would be held in Abidjan on October 20.