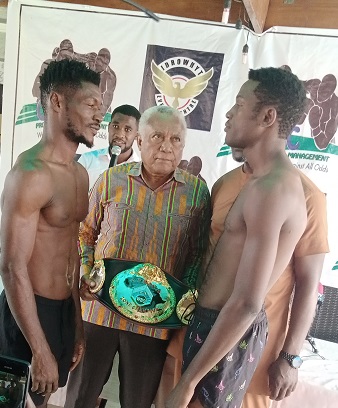 “ I am very prepared and ready for this fight and will  finish him in the early rounds,” he stated.

The two will clash for the vacant WBO Africa Superwelterweight title on the night which is expected to roar with seven additional bouts.

Soft-spoken Maya told the media that he would do his talking in the ring and teach Allotey a bitter lesson which he will never forget.

“ Everything will happen in the ring and I am going to show what I’m worth and how much am worth in the ring,” he stated.

Other fights on the night will see Emmanuel Quaye against Frank Dodzie in the West African Boxing Union (WABU) Super welterweight championship, while Haruna Osuma of Ghana clashes with John Martin Cyril of Nigeria for the WABU heavyweight title.