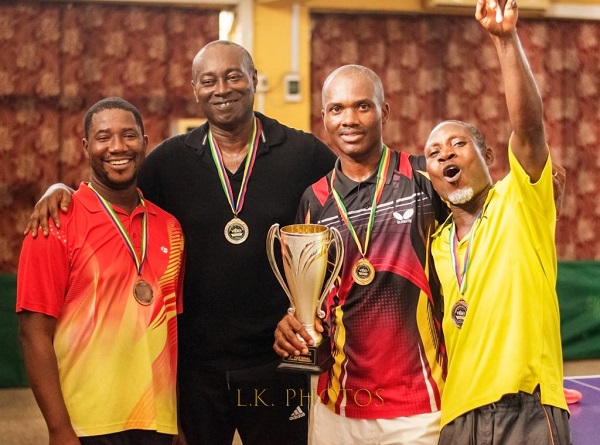 In a thrilling one-day tournament involving veterans players across the country, Kwaku Gyampo eliminated the former champion Justice Ninson 3-2 in the semi-final to face Daitey who beat a former champion James Arye 3-1 to reach the final.

The competition is open to only table tennis players 40 years and above.

The President of the Veterans Table Tennis Association Ghana (VTTAG), Christopher King thanked all members for the continuous support and announced that the next two ranking tournaments would be held in the Eastern and Ashanti regions.

He reminded members of their responsibility as veterans to impact the youth through Corporate Social Responsibility (CSR)  programmes and called on corporate Ghana to join in taking table tennis to every house, street and office.