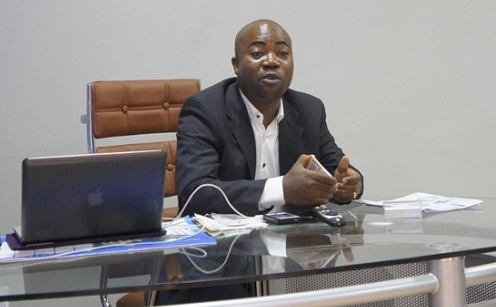 The National Paralympic Committee of Ghana (NPC-Ghana) has petitioned President Nana Addo Dankwa Akufo-Addo not to overlook the sport in the constitution of the Local Organising Committee (LOC) for the 2023 African Games to be hosted by Ghana.

Last Monday, the President inaugurated a nine-member LOC to oversee the preparations towards the hosting of the 13th edition of the Games in the country.

The Games are usually followed by the Para Games but the NPC-Ghana is unhappy for being neglected, a development it described as “very unfortunate and disturbing as it seems to undermine the Paralympic Movement and for that matter the NPC-Ghana and the role and mandate it plays in the development and promotion of para sports and persons with disability in Ghana.”

A letter to President Akufo-Addo signed by Samson Deen, president of the committee, demanded the inclusion of paralympics in the LOC since the NPC-Ghana had gained experience over the years and also understood their own challenges much better than the LOC members.

“At the bare minimum how can we guarantee that the facility being constructed will cater for accessibility needs and requirements?

Mr Deen therefore sought audience with the President to “further elaborate on adequate steps to be taken to ensure and foster equality and inclusion which we believe will propagate the name of Ghana on the international stage”.

According to the president of the NPC-Ghana, albeit two disciplines, they have contributed 25 per cent of Ghana’s medal haul since 2003, thus bemoaning the poor treatment which is usually meted out to them.

He particularly mentioned their omission from the 2019 African Games in Morocco, which he attributed to a division between management of able-bodied sports and para sports.

The NPC-Ghana president said if their omission was as a result of oversight or a genuine error, then it must be corrected immediately so that they could also make an input that could help in the successful hosting of the Para Africa Games.

“It is on the premise of all the above-mentioned reasons that we fail to understand an omission of this capacity. We believe that this was a genuine oversight due to inadequate briefing from relevant government agencies and would therefore appeal for a revision or addition to the composition of the LOC for the Africa Games/Africa Para Games in 2023.