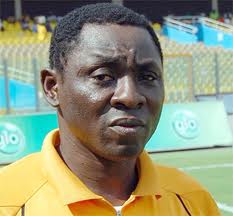 Coach David Duncan of Accra Hearts of Oak has affirmed his commitment to the Phobian family, stressing that he has no intentions of leaving the club anytime soon.

His dream is to help the team jump to the summit of the league table next season and ultimately annex the title.

“I am never leaving: I will stay to complete my two-year contract,” he said.

The coach made the affirmation yesterday during an interview with the Daily Graphic. Having coached teams like Accra Great Olympics, Sekondi Hasaacas and Ashantigold, he saw his move to Hearts as just a logical transition to make in his coaching career.

His only challenge at Hearts in the just-ended season had to do with working with a number of players he did not recruit, but he believes his stay will help him settle well with the players next season.

Coach Duncan is looking forward to recruiting a substantial number of quality players to strengthen his bench and to enable him to win laurels for the club next season.

He singled out striker Mahatma Otoo as the most outstanding player, adding that his goal tally of 20 is unquestionable as far as this season is concerned. He, therefore, called on the Premier League Board (PLB) to duly recognise the young promising striker at this year’s awards gala.

He noted that intensive training, hard work and the grace of God  “delivered” them from a possible relegation this year. Though he was confident about his team escaping relegation, he said he never thought they could finish in the fifth position and, therefore, thanked management, players and supporters for their immense contribution to make that happen.