Ghana down again in world rankings 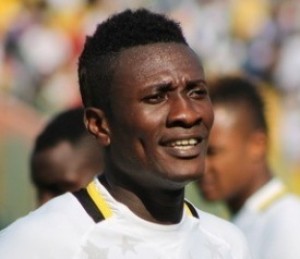 The two consecutive wins against Sudan and Lesotho in the 2014 World Cup qualifiers have done very little to help Ghana in the standings of the FIFA world rankings as the Stars have rather slipped three places down in the latest ranking released yesterday.

Maintaining their 21st place last month, the latest Coca Cola rankings by football’s world governing body have Ghana in 24th place even though they maintained their second position in Africa, trailing leaders Cote d’Ivoire who retained their 13th position in the world.

Most of the African sides did not benefit from the World Cup qualifiers as only Cote d’Ivoire and Ghana finished in the first 30.

Mali, who beat Ghana to third place at the 2013 Africa Cup of Nations, also slumped to 28th position in the world, after dropping five places but finished third in Africa.

Brazil may have been helped by their success at the just-ended Confederations Cup which they hosted, jumping up 13 places to ninth position.

There has been some changes in the world’s top 10 with Spain and Germany retaining the first and second positions. Colombia has moved up to third, Argentina has dropped to fifth, Netherlands remains at fifth, Italy is up to spots to sixth, Portugal is down a place to seventh, Croatia lost four places to eighth, with Belgium completing the top ten.