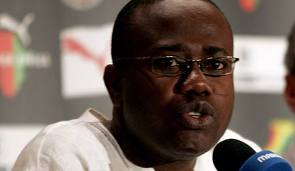 An Accra High Court has, for the second time, given the Ghana Football Association (GFA) up to July 14 to conduct fresh elections in the Eastern Region and report back to it on July 15.

The court, presided over by Justice Ransford Gyinae, also charged the GFA for contempt and accordingly slapped a GH¢40,000 fine on it for failing to comply with an earlier order given by a Cocoa Affairs High Court presided over by the same judge in May.

Justice Gyinae had earlier given the FA an ultimatum to hold elections by June 30 and report back to the court on July 2.

The Cocoa Affairs Court, at its sitting yesterday, dismissed the FA’s application for a stay of execution of the earlier order by the court.

The counsel of the GFA is reported to have submitted a letter to the court on July 2, the deadline given by the court for the presentation of the election results   seeking for an extention of time to enable the past executive to render proper accounts prior to the election. That was followed by an application for a stay of execution on July 3.

However, the sitting judge found reason to hold the FA liable for contempt after failing to comply with the earlier deadline given by the court to hold elections.