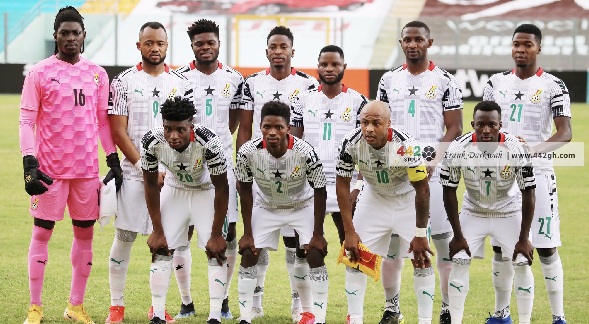 The Black Stars will go into tomorrow’s friendly international against Morocco in Rabat with the hope of using it as a preparatory ground for the upcoming 2022 FIFA World Cup qualifiers and African Cup of Nations (AFCON) early next year.

Coach Charles Kwablan Akonnor’s side have been camping in Cape Coast ahead of the match and were expected to fly out to Rabat yesterday ahead of the friendly encounter tomorrow.

The arrival of Jordan Ayew, Baba Abdul Rahman, Fatawu Issahaku, Samuel Owusu and Alexander Djiku will put the team in strong shape ahead of the two friendlies.

Ghana are regrouping for the first time in three months since beating Sao Tome and Principe 3-1 in Accra to qualify for next year’s AFCON. The match against the north African country offers coach Akonnor the opportunity to assess his team against one of the favourites of the tournament.

However, the team could be without inspirational skipper Andre Ayew who is yet to sort out his club future after his contract with Swansea City ended but the team have the quality to cope without him.

Morocco on the other hand have a strong squad to host Ghana, with the likes of Hakim Ziyech, Achraf Hakimi, Adel Taarabt, Munir El Haddadi and Yousef En-Nesyri, among others, set to feature for the Atlas Lions.

Morocco’s trainer, Vahid Halilhodzic, is bent on beating Ghana as a booster to his team’s preparations towards the AFCON and FIFA World Cup qualifiers.

Meanwhile, on Saturday, the Black Stars will return to the Cape Coast Stadium to welcome the Elephants of Cote d’Ivoire in another friendly encounter.

The Ghanaians will play the Ivorians for the first time since losing on penalties to their West African neighbours in the 2015 AFCON final.

Ghana will have the opportunity to avenge that painful defeat at home but the Ivorians equally have a good side to trouble their rivals away from home.

Coach Akonnor must, however, devise a strategy to deal with any threat by the Elephants to enable him to avoid another defeat to Cote d’Ivoire.