2021 AFCON: Andre Ayew not ready to retire from Black Stars 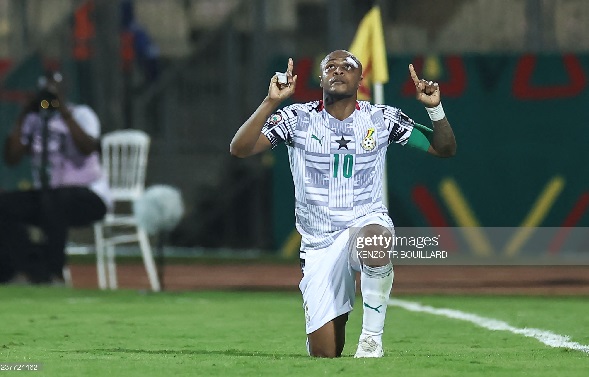 Andre Ayew, skipper of the Black Stars, has reiterated his desire to continue playing for the team after leading Ghana to one of her disastrous Africa Cup of Nations (AFCON) campaign in recent times.

Ayew, who was showed a red card in Ghana’s 2-3 loss to Comoros on Tuesday, said he was not ready to retire from international duty despite their abysmal outing in Cameroun.

Ghana finished bottom in Group C having failed to record a win in their three group stage matches.

When asked about his future with the team, the 33-year-old explained that he was ready to continue playing for Ghana in the future.

“This is not the time to call it quit and I am available to play for the Black Stars in the future.

“I am ready to help the team secure qualification to the World Cup when the need arises,” the skipper said.

Ghana will turn their attention to the upcoming FIFA World Cup qualifying play-off against a yet-to-be-named opponent with the hope of securing a place in Qatar later this year.