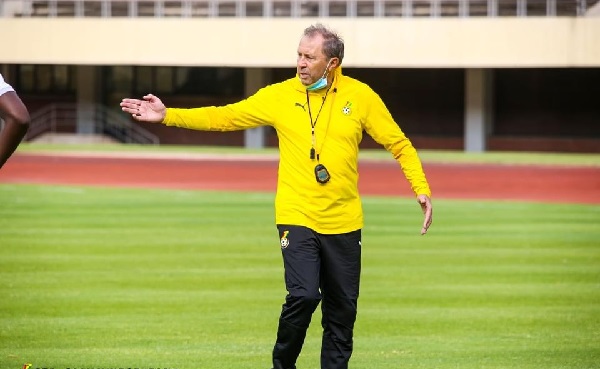 Black Stars trainer Milovan Rajevac says he was hired by the Ghana Football Association (GFA) to qualify the team to the World Cup and believes he is on course to achieve that.

Rajevac, who led Ghana to the final in 2010, led Ghana to one of her disastrous Africa Cup of Nations (AFCON) campaign since 2006 by exiting the tournament at the group stage.

The Stars failed to win a group match in Cameroun after losing to Morocco and Comoros and drawing Gabon in their three Group C matches.

Speaking in a post-match conference, Coach Milo said Ghanaians must not expect magic from him having been in charge for only three months.

“I came to Ghana just three and a half months ago, don’t expect magic.

Calls for Rajevac’s exit has intensified in the last few hours after Comoros put up an excellent display to down Ghana 3-2 in a match the Black Stars needed to win to stay alive in the competition.

“I will stay and lead Ghana in the World Cup qualifiers in March. I believe we have a team that can become stronger and get to the World Cup,” said Coach Milo.

The draw for World Cup play-offs is scheduled for Saturday, January 22, 2022.