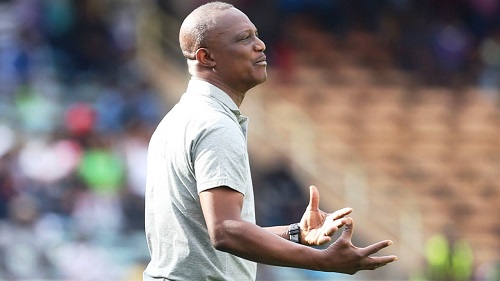 He, however, disclosed to Graphic Sports Online on Thursday that though the Sudanese giants were keen on signing him on immediately, he had asked them to give them him some time to consider the offer.

According to the affable trainer, he had decided to stay off football for a while in order to get a good rest after his turbulent experience with the Black Stars in his second stint.

Coach Appiah's second romance with the Black Stars ended on December 31, 2019 but is still battling will the authorities over unpaid salaries and winning bonus.

The Al Hilal offer comes barely a few after another audacious offer from the Sudan national in January.

"It's not only Al Hilal, there are two other clubs who have also expressed interest but as I said, I need some time away from football for now," he said.

It will be recalled that officials of the Sudanese Football Federation made overtures towards Appiah in a bid to sign him to handle the Sudan national team when it realised that his contract with Ghana had expired.

However, heturned down the offer on similar grounds, insisting that he needed a respite after the highly demanding experience with the Ghana national team.

Appiah is a cult figure in the Sudan following his successful stint with Al Khartoum FC in the Sudanese League a few years ago.