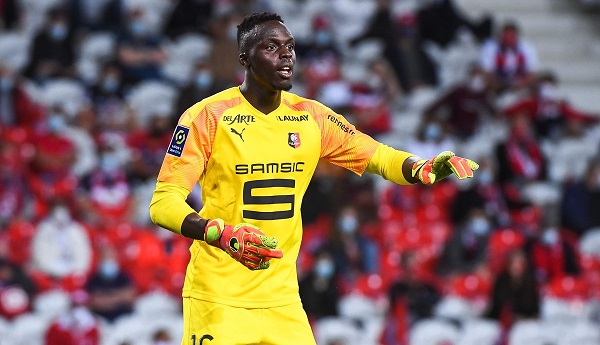 Senegal will be without goalkeeper Edouard Mendy and defender Kalidou Koulibaly for their opening game at the Africa Cup of Nations after both players tested positive for COVID-19.

The Teranga Lions, runners-up at the 2019 edition of the tournament, face Zimbabwe in their opening Group B game today (Kick-off 13:00 GMT).

Cisse looks set to have just 17 players available for the match in Bafoussam because of several COVID-19 cases and injuries.

He added: "We are going to be competitive and those there are going to play for those who are absent. We are still going into the game against Zimbabwe full of confidence."

Meanwhile, Moroccan pair Aymen Barkok and Auyoub El Kaabi are out of their Group C opener against Ghana in Yaounde today.

Nations Cup rules state countries must play if they have 11 players available — even if they do not have a recognised goalkeeper.

Koulibaly, who captains his country, said he was asymptomatic and club side Napoli said he had been vaccinated. The 30-year-old centre-back has not played since December 1 because of injury.

Senegal travelled to Cameroun last Wednesday without six other players who returned positive tests before their departure.

Queens Park Rangers goalkeeper Seny Dieng, who has made one international appearance, is in line to start against Zimbabwe.
Watford forward Ismaila Sarr and Abdoulaye Seck are not fully fit.

Burkina Faso were without Coach Kamou Malo and six players for the opening game of the tournament against Cameroun yesterday because of positive tests.

Meanwhile, Malawi's Head of Technical Panel Mario Marinica and six players have been ruled out of their game against Guinea which reported four more cases of their own over the weekend.

The West Africans, who were forced to leave three players behind at their training camp in Rwanda, saw defenders Fode Camara and Ibrahima Sory Conte, midfielder Mory Konate and forward Morgan Guilavogui all test positive.

Gabon captain Pierre-Emerick Aubameyang was ruled out of their game against Comoros after a positive lateral flow test on arrival in Cameroun last Thursday.

Cape Verde, Egypt, The Gambia and Tunisia have also all had players test positive in the build-up to the Nations Cup.