VIDEO: How Prez Akufo-Addo reacted to threats to vote against the NPP 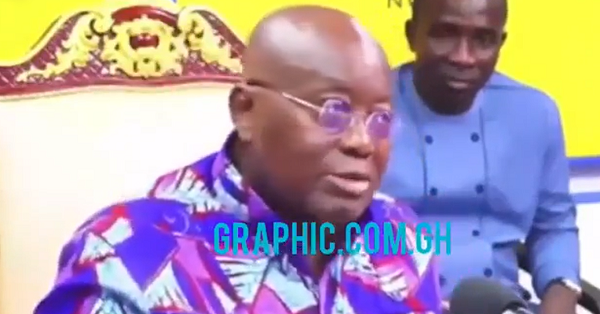 President Nana Addo Dankwa Akufo-Addo has reacted to threats to vote against the party in the 2024 Elections.

According to him, he understood his responsibility to develop the entire country but he was not frightened by such statements.

"No problem, no problem... I am saying people make those kind of threats, me they dont frighten me," the President said in an interview on OTEC FM.

"Somebody votes for you, somebody supports you, It's because they want you to do things for them. I understand that...".

The President was reacting to a comment sent into a radio show which had a listener threatening to vote against the New Patriotic Party (NPP) if their road was not constructed.


Watch the entire video below;