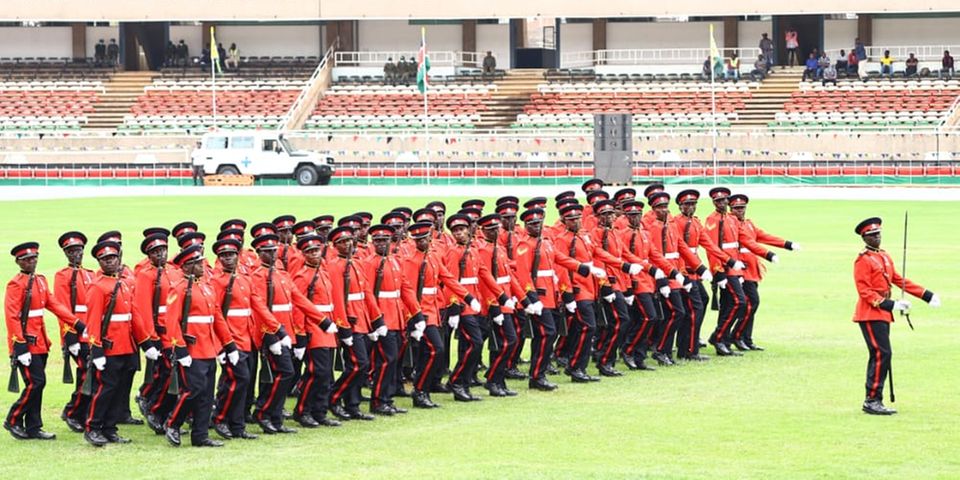 Rehearsals at Kasarani Stadium by the Kenya Defence Forces on September 10, 2022, ahead of President-elect William Ruto's Inauguration. More than 100 buses had been hired in Kericho and Bomet counties for the trip as of Saturday morning. Sila Kiplagat | Nation Media Group.
30.5k Shares

The Vice President has already left Accra for Nairobi, Kenya to represent Ghana at the ceremony on Tuesday.

Until his election on August 15, 2022, William Ruto served as Vice President of Kenya.

Vice President Bawumia will return to Accra on Wednesday, September 14.

He was accompanied by the 2nd Lady, Mrs Samira Bawumia, Thomas Mbomba, the Deputy Minister of Foreign Affairs and Regional Integration, and other Senior government officials, a statement signed by Dr Gideon Boako, Spokesperson to the Vice President said.

The Nation in Kenya reports that President Uhuru Kenyatta is set to lead at least 20 Heads of State from across Africa who are expected to attend the inauguration of President-elect William Ruto at the Moi International Sports Centre, Kasarani on Tuesday.

This is according to the Committee of Assumption of Office which yesterday said that Mr Kenyatta will lead the delegation of Heads of State and other dignitaries in witnessing the swearing-in of Dr Ruto as the fifth president.

The committee said that they are also expecting at least 2,500 VIPs during the event, who will include senior government officials from other nations across the region and beyond as well as members of the diplomatic corps.

Speaking during a rehearsal ceremony conducted by a multi-agency team comprising members of the Judiciary, the military and other government agencies responsible for the Tuesday event, Interior principal secretary Karanja Kibicho, a member of the assumption committee, said that open invitations had also been sent out to Kenyans.

“We are expecting that we will have about 60,000 Kenyans on Tuesday. We will also have about 2,500 VIPs as well as 20 Heads of State from across Africa who will attend the swearing-in. President Uhuru Kenyatta will also be there physically to hand over,” said Dr Kibicho. “The programme of the day is expected to start at about 7am and the gate will be open to the public at 4am. The protocols of the day are being worked on by the Ministry of Foreign Affairs and the Kenya Defence Forces,” he added.

Maximum two terms
And he continued: “We have also made arrangements for security; we will have about 10,000 police officers on duty both at Kasarani and in Nairobi to provide adequate security to those who will be attending the event and to all Kenyans.”