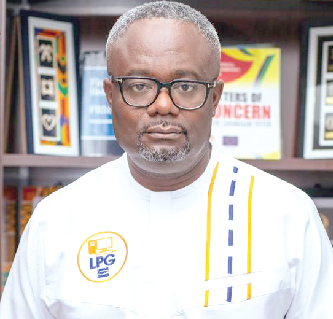 Two political parties have called for a review of the 1992 Constitution to reflect the current democratic dispensation.

According to the Convention People’s Party and the Liberal Party of Ghana (LPG), having operated under the 1992 Constitution for almost 30 years, it was time for it to be reviewed.

Speaking in separate interviews with the Daily Graphic, the General Secretary of the Convention People’s Party (CPP), Nana Yaa Jantuah and the leader of the Liberal Party of Ghana (LPG), Mr Percival Kofi Akpaloo said the context in which the 1992 Constitution was formulated had changed, hence the need for a review.

Nana Yaa Jantuah cited for instance that the dichotomy between the Executive and the Legislative, where majority of ministers were expected to be nominated from Parliament had to be reviewed, especially if the legislature was to serve as a check on the Executive.

She wondered how the Legislature could check Cabinet ministers if they were all Members of Parliament.

She said another issue that needed to be reviewed was the emoluments and end of service benefits for Article 71 holders.

According to her, civil and public servants worked for so many years for the good of the country but retired with little benefits, while Article 71 holders went home with so much after just four years of service.

Nana Yaa Jantuah said another area that needed to be reviewed was the continuation of projects initiated by previous regimes.

She said the country could have benefitted much if succeeding governments had continued and completed uncompleted projects as the abandonment of such projects created so much waste.

On the work done by the Prof. Fiadjoe Constitutional Review Committee, she suggested that the work of the committee should be reviewed in a non-partisan manner.

Nana Yaa Jantuah said the document of the committee should be put out for public discourse and, where necessary, the needed amendments should be made.

She said the process might be flawed in the eyes of the government but it was important that the document was holistically reviewed since the substance was critical.

On his part, Mr Akpaloo said issues such as the indemnity clauses, appointment and election of Metropolitan, Municipal and District Chief Executives need to be critically reconsidered.

He said another area that needed to be reviewed was the separation of the position of Attorney-General and that of the Minister of Justice.

Mr Akpaloo said the issue where persons holding dual citizenship were debarred from holding public office needed to be look at.

“We should allow persons with dual citizenship to contest as Members of Parliament and also hold other public offices such as ministers and MMDCEs,” he said.

Such persons, he explained, owned businesses in the country and their commitment to the country was not in doubt.