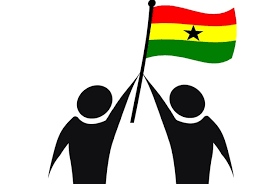 Representatives of political parties in the Bekwai Municipality in the Ashanti region have pledged to ensure the prevalence of peace before, during and after the election.

This, according to them would be done by educating them of the need not to indulge in any act that stands the potential of creating any form of fighting or conflict.

The representatives of the parties made the pledge at an Inter-Party Dialogue Committee (IPDC) meeting at Bekwai in the Ashanti region.

The IPDC meeting was organized by the Bekwai Directorate of the National Commission for Civic Education (NCCE) and aimed at ensuring that there was absolutely free, fair and peaceful elections on December 7.

A four-member European Union election observer team were also at the meeting to observe the state of affairs in the various communities.

The Bekwai Municipal Director of the National Commission for Civic Education, Ms Margaret Konama also appealed to the participants to urge their supporters to go out and vote in large numbers to enhance the nation’s democratic dispensation since that was their civic right.

She called on all Ghanaians to contribute their quota towards having a peaceful election by avoiding any act that can disturb the peaceful conduct of the election.

The Bekwai District Commander of Police, Mr Edward Obeng Boateng, assured the people of the readiness of the security services to maintain law and order before, during and after the election.

Nana Dankwah Panin II, the Chief of Nampansah, a suburb of Bekwai charged the political parties to think about Ghana first in all their endeavours before thinking about their political parties since without the people they would not have anyone to govern or rule when elected into power.