PAC to invite A-G on cases referred for prosecution 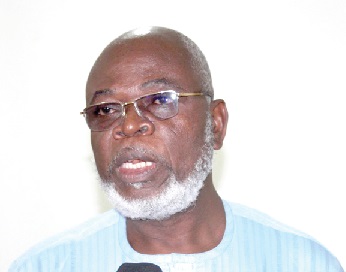 The Public Accounts Committee (PAC) of Parliament will invite the Attorney-General (A-G) to appear before it to give an update on the cases referred to the office for prosecution.

According to the committee, it had referred several public institutions and some individuals to the A-G for prosecution for breaching some procurement laws flagged by the Auditor-General’s 2018 and 2019 reports for investigations towards prosecution.

The Chairman of the committee, Dr James Klutse Avedzi, told journalists at the opening of the committee's sitting in Sunyani in the Bono Region last Monday that next year, the committee would invite the A-G to appear before it to brief them on the action taken on the referral cases.

He said it was the first time the committee was making a high number of referrals to the A-G to take action, explaining that the A-G was mandated to report to the Parliament annually on actions taken on the referrals to the office.

“Next year, the committee has decided to call on the A-G to update us on the progress made on cases referred to the office, and whether the office has submitted a report to Parliament or not”, Dr Avedzi added.

The PAC's sittings in Sunyani, which started last Monday, are expected to end on Saturday, August 20, 2022.

It is considering the report of the Auditor-General on technical universities and colleges of education in the Bono, Bono East, Ahafo and Ashanti regions, covering the period ended December 31, 2019.

On the first day, the committee sat on issues such as procurement breaches, unearned salaries, unaccounted fuel usage and other items, among other financial irregularities.

The committee is also expected to consider the metropolitan, municipal and district assemblies cited in the Auditor-General report in these regions.

Dr Avedzi also expressed concern about some lecturers who were offered scholarships by universities to upgrade themselves but abandoned those universities after the completion of the courses.

He advised universities to ensure that beneficiaries of scholarships provided a bank guarantee that compelled them to come back so that when they failed to do so, the bank would refund the money spent on them.

“Before you get that bank guarantee, the bank must also ensure that if you don’t come back, they have something to lay their hands on”, Dr Avedzi stated, explaining that that was the only way to help resolve the issue.