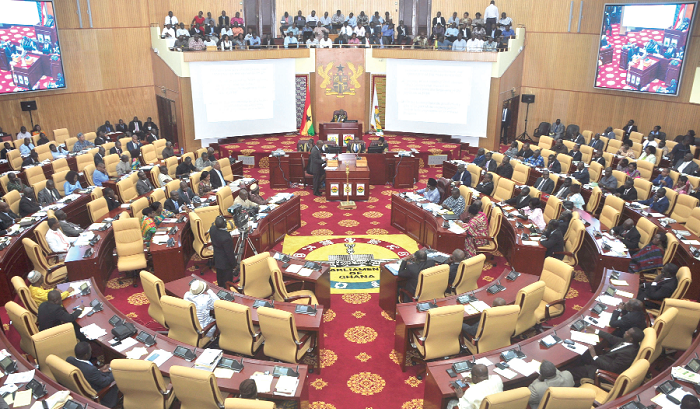 The Majority and Minority Members of Parliament (MPs) yesterday, Friday, July 13, 2018, clashed over a $90 million loan facility from the Export-Import Bank of Korea for the establishment of a campus of the proposed University of Environment and Sustainable Development at Bunso in the East Akyem Municipal area in the Eastern Region.

The Minority MPs led by their leader, Mr Haruna Idrissu, said the $90 million facility for the construction of a campus was too exorbitant considering the fact that the ongoing construction of the main campus at Somanya was being financed with about $50 million loan facility.

The Minority again accused the government of engaging in illegality and discrimination by diverting the project to Bunso from the original place at Donkokrom in the Affram Plains as stipulated in the Act establishing the university.

According to the Minority members, per Act 898, the main campuses of the university should be established in Somanya with a campus in Donkokrom and any other place that would be determined by the council of the university.

Section three of Act 898 stipulates: "The university shall be established in Somanya with campuses in Donkokrom and any other place as the council may determine."

The minority members, including the Ranking Member on the Finance Committee and Minority Spokesperson on Finance, Mr Cassiel Ato ; the MP for North Tongu, and Minority Ranking Member on the Foreign Affairs Committee, Mr Samuel Okudzeto Ablakwa; and the MP for Affram Plains North, Ms Betty Nana Efua Krosbi Mensah, said the university council had not been constituted to determine the construction of any additional campus, which made the current decision illegal.

But the Majority members, led by their leader, Mr Osei Kyei-Mensah-Bonsu, said the loan amount was reasonable considering the expansive infrastructure and facilities that would be put up at the Bunso campus.

Besides, they said the construction of a campus at Bunsu did not mean that the government would not put up a campus at Donkokrom.

The Majority members, including the Chairman of the Finance Committee and MP for New Juaben South, Dr Mark Assibey-Yeboah, and the MP for Suhum, Mr Frederick Opare-Ansah, said the proper interpretation of the Act did not mean that the establishment of campuses should be dependent on the university council.

They said power was vested in the President, and he had accordingly directed the Minister of Education to go ahead with the construction of the Bunsu campus.

Dr Assibey-Yeboah wondered why the National Democratic Congress (NDC) government could decide to put up campuses of the university at selected areas but the New Patriotic Party (NPP) should not have that authority.

After the debate, the First Deputy Speaker, Mr Joseph Osei-Owusu, deferred the approval of the loan for lack of quorum to vote on it.

Presenting the report of the Finance Committee on the loan facility, Dr Assibey-Yeboah said the scope of the project involved the construction of a campus at Bunso, provision of appropriate and required equipment for laboratories and workshops, capacity building of staff, post-project operational support and consulting services.

He said the total cost was estimated at $107 million of which $90 million was to be borne by the Korean government while the government of Ghana was expected to bear $17 million.

The $90 million loan facility has 0.1 per cent interest rate, 40 years maturity period, including a grace period of 10 years, 66 per cent grant element and overdue charge of two per cent per annum over the interest rate.