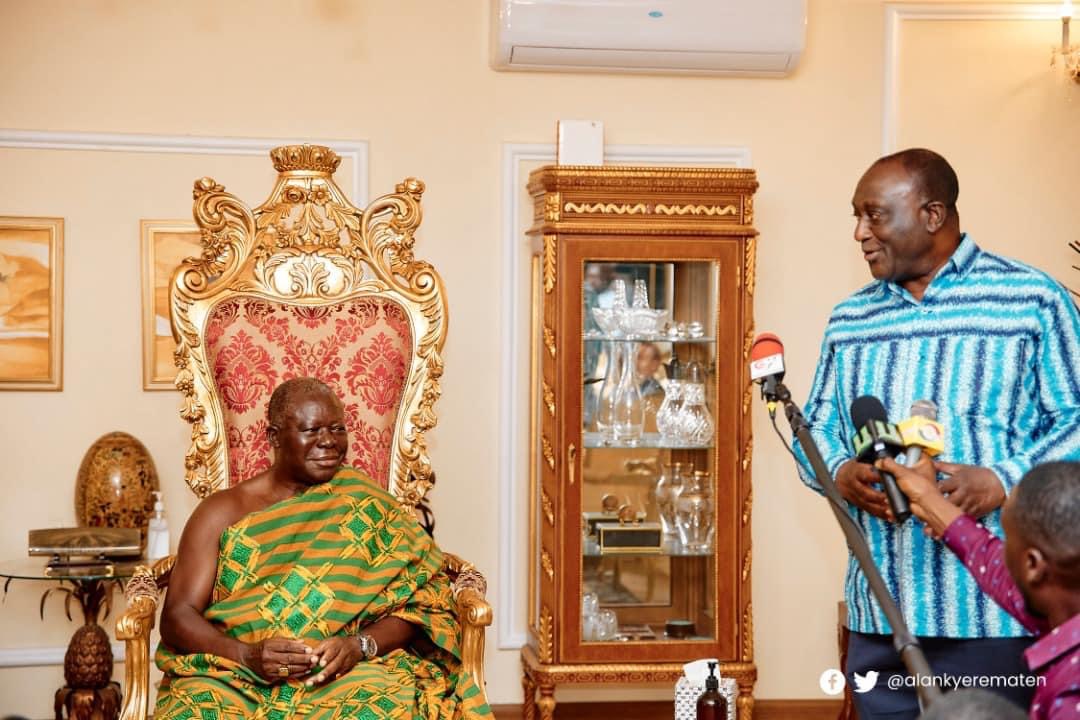 Outgoing Minister of Trade and Industry, Alan Kwadwo Kyerematen, has formally informed the Asantehene, Otumfuo Osei Tutu II, about his resignation and his bid to contest the New Patriotic Party (NPP) flagbearership.

Mr Kyerematen, on January 5, tendered in his resignation as a minister to concentrate on his presidential ambition.

He will officially bring his service to the current government to an end on January 16, 2023.

Mr Kyerematen, who was at the palace last Wednesday with a delegation from the World Bank, said as one person who supported the government’s One-District One -Factory (1D1F) programme and other policies of the ministry, it was courteous and appropriate that he informed the Asantehene personally about his resignation and also thank him for his support for the ministry.

He said the Asantehene did not only support the 1D1F programme verbally but also got involved in it and established a fruit juice factory under the programme to create jobs for his people.

Mr Kyerematen resigned to focus on his presidential ambition in accordance with the constitution of the New Patriotic Party (NPP).

He told the Asantehene that at the appropriate time, he would come for his blessings as he embarked on his vision to lead the NPP and the country.

The delegation was at the palace to seek the support of the monarch in the government’s vision of establishing an industrial city and economic zone in the Ashanti Region.

The project is a collaboration between the government of Ghana and the World Bank to create jobs for the people.

The World Bank has invested an initial 30 million dollars to develop the off-site infrastructure to attract investment for the project.

The project, which is to be known as the Greater Kumasi Industrial City and Special Economic Zone, is sited on a 5,000-acre land in the Ejisu Municipality and close to the Boankra Inland port.