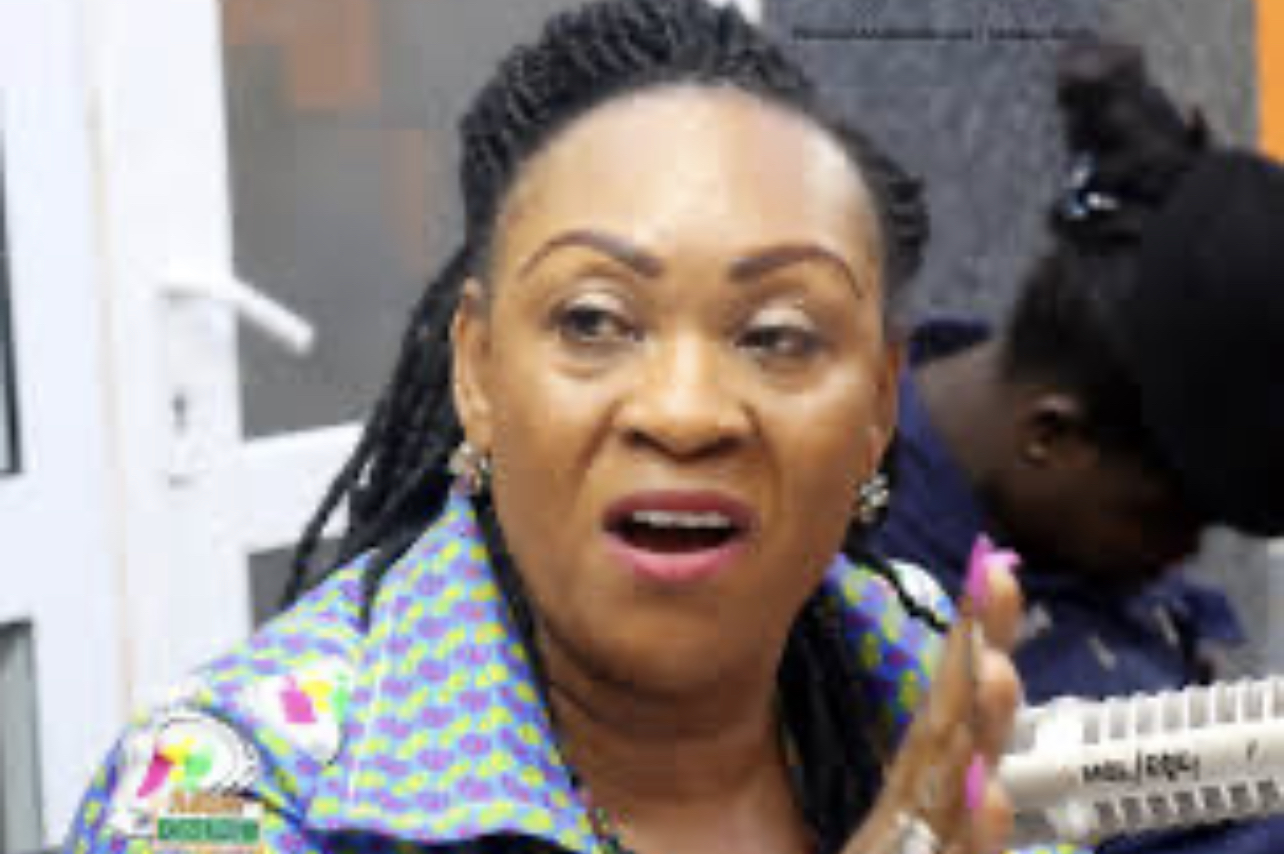 Hawa Koomson is caretaker Minister of Food and Agriculture after Dr Owusu Afriyie Akoto resigned to concentrate on his presidential campaign.

President Nana Addo Dankwa Akufo-Addo, after accepting Dr Akoto’s resignation has directed Hawa Koomson, who is the Minister of Fisheries to take charge of the Agric Ministry until a substantive minister is appointed.

The President of Republic, Nana Addo Dankwa Akufo-Addo, has accepted the resignation from office of Hon. Dr. Owusu Afriyie Akoto as Minister for Food and Agriculture. This was after the Minister personally presented his letter of resignation to the President at Jubilee House on Tuesday, 10th January 2023.

President Akufo-Addo conveyed his sincere gratitude to Hon. Dr. Owusu Afriyie Akoto for his services to government and to the nation, and wished him the best of luck in his future endeavours.

The President has, subsequently, tasked the Minister for Fisheries and Aquaculture, Hon.

Mavis Hawa Koomson, Member of Parliament for Awutu Senya East, to act as caretaker Minister at the Ministry of Food and Agriculture until a substantive replacement is made. 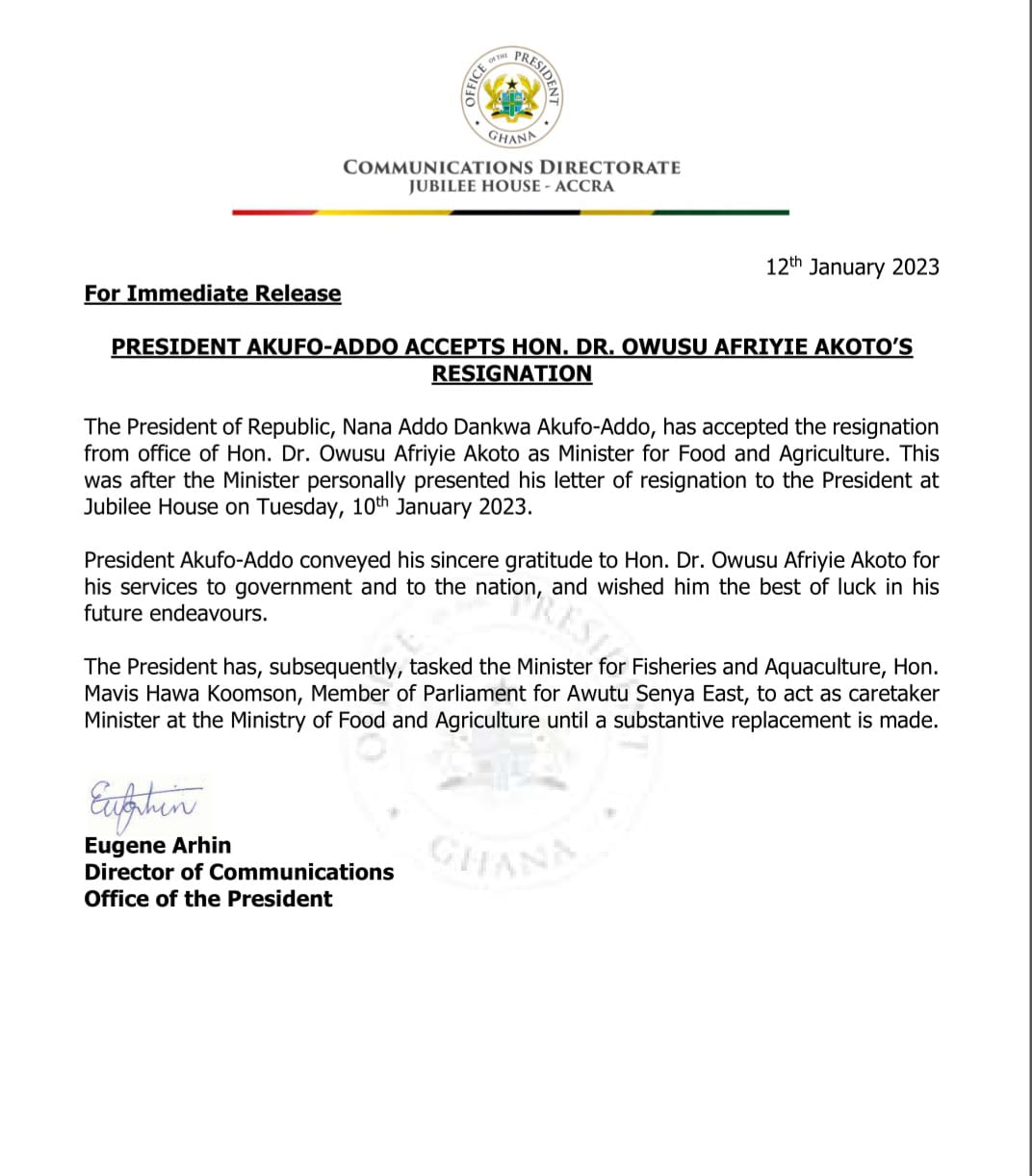