I pay my own bills - Mahama replies Abronye DC 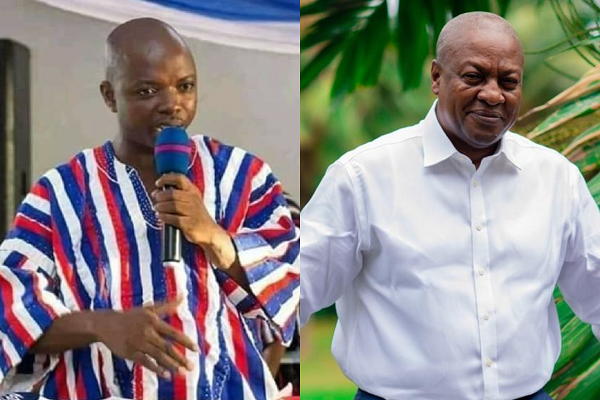 I only receive a monthly pension, no other perks - Mahama replies Abronye DC
30.5k Shares

Former President John Dramani Mahama has described as "absolute lies" claims by the Bono Regional Chairman of the New Patriotic Party, Kwame Baffoe alias Abronye DC, that he (Mahama) received an ex-gratia of GH₵14 million in 2013 and GH₵15 million in 2017.

According to Mr. Mahama, in 2013 the only payment made by the government to him in 2013 through the Accountant General was GH₵230,000.

Mr. Mahama said he was willing to show his bank statements to the press in his defence, adding that the only privileges he had received since leaving office was his monthly pension.

He also mentioned all the other payments he makes himself, including water, electricity, rent, fuel, medical and air tickets for travel.

"Later, if you want we can call a group of you journalists, of course, I don't want to publish my bank statement but I can put it before you and you can look through all the payments and see if there is a 14 million cedi payment. I didn't receive any such payment," Mr. Mahama said.

"I receive only my monthly pension like President Kufuor and President Rawlings was receiving before he died. That is all I get.

Mr. Mahama's comments come on the back of his office rejecting Abronye DC's claims last week.

He added that the GH¢15 million ex-gratia for 2017 was a sum of all the benefits Mahama enjoys as an ex-president of Ghana and it includes his salaries, accommodation allowances, travel allowances and salaries of his staff.

The office was responding to allegations by the Bono Regional Chairman of the New Patriotic Party (NPP), Kwame Baffoe, popularly known as Abronye DC.

“We urge the public to ignore the unintelligent rants of the said Kwame Baffoe who has gained notoriety for fabricating and propagating falsehood on behalf of Nana Akufo–Addo against John Mahama. His claims are false,” the statement said.

“It will be surprising if any such payment had been made to the former President and has not been reflected in any of the numerous Auditor General’s reports presented to Parliament since 2013,” portions of the statement said.

It challenged the offices of the Chief of Staff and the Presidency to provide proof of the former president receiving the said amount in ex-gratia.

“We challenge the office of the Chief of Staff and the Presidency to provide proof of the payment of any such amount and stop using idle miscreants among its ranks to spread falsehood.”

A few weeks ago, the former president promised that the next National Democratic Congress (NDC) government would champion a review of the 1992 Constitution to tackle issues such as ex-gratia payments and reformation of the Judiciary.