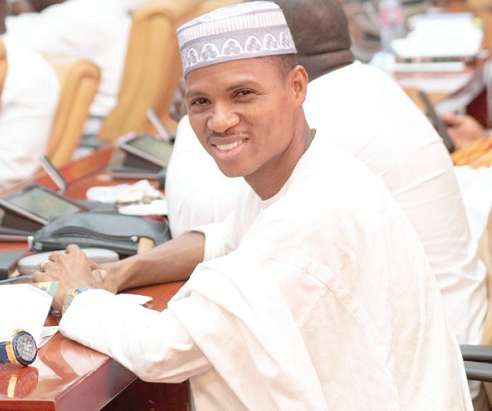 Located in the La Nkwantanang Madina Municipality in the Greater Accra Region, the Madina Constituency is home to about 230,000 people.

The constituency is also one of the elite constituencies in the country as it boasts of a higher literacy rate, with 91.3 per cent of the population with various levels of education.

Madina is more of a service and trade bias constituency, with more people being into selling or providing services.

Carved out of the then Madina-Abokobi Constituency in 2004, the Madina Constituency has proven to be one of the swing constituencies in the capital, with candidates from both the National Democratic Congress (NDC) and the New Patriotic Party (NPP) getting the nod to represent the constituency at a point in time.

At the just-ended 2020 parliamentary election, Mr Francis-Xavier Sosu of the NDC emerged winner, polling 62,127 votes against his main contender, Alhaji Boniface Abubakar Sadique of the NPP, who polled 46,985.

Mr Sosu has a huge task ahead as he is expected to address the huge unemployment situation in the constituency and close the infrastructural gap as well.

Taking his turn on the Daily Graphic’s ‘Constituency Watch Series’, Mr Xavier-Sosu outlined some measures he had already introduced to resolve the unemployment situation, highlighted his plans to solve the other development challenges in the constituency and how he intended to contribute immensely to parliamentary work by giving the people a loud voice in the House.

Mr Sosu was confident of contributing immensely in Parliament by providing quality and effective representation for his constituents, while giving them a loud voice in the House.

He said he represented both the poor and middle class in society and would, therefore, represent both interests in Parliament.

“I will leverage on my wide network to attract opportunities and lobby for developmental projects for the constituency. I will also institute a periodic electoral area engagement in collaboration with the assembly representatives to understand the needs of my people and continue to work for them,” he stated.

To address the problem of unemployment, Mr Sosu said he had created a database with the view to capture all the unemployed youth in the constituency to cover the demography, education and skills of the individuals.

He said the move was to help him know the job needs of his constituents, lobby and create the needed jobs and opportunities for them.

He said that would also help him provide timely information and services tailored to the needs of his people.

“The concept of the comprehensive constituency database is to help me know the exact human resource capability of the constituency,” he stated.

On education, Mr Sosu said he intended to establish a scholarship fund to support brilliant needy students who would gain admission to further their education at the tertiary level.

The lawyer said he would also institute an annual Best Teacher Award for both private and public schools within the constituency.

“I will also introduce an inter-school debate on national issues among the basic and pre-tertiary schools within the constituency in an effort to promote reading among students and increase their confidence.

Mr Sosu also pointed out that one challenge he intended to solve in the constituency was the huge infrastructural gap.

He said he would use his position as MP to lobby for the modernisation of the Madina market and lorry station.

“I also want to improve our road networks, educational and health facilities, and lobby to complete the Umar Bun Hattab School at Madina Zongo. I will also partner with the municipal assembly to construct gutters and bridges, especially in flood-prone areas.

“I will also institute mobile clinics and periodic screening for the aged in the constituency and also organise capacity-building sessions for market women and artisans in the area,” he stated.

Mr Sosu, a native of Denu in the Volta Region, is a renowned human rights and public interest lawyer in Ghana.

He said he was born to a poor and deprived family at Accra New Town and became a street child who made a living on the streets of Mallam Atta Market, a popular market in Accra, during which time he lived in a wooden kiosk at Kotobabi for several years.

Young Francis-Xavier was adopted by the Village of Hope Orphanage at Gomoa Fetteh and grew beyond his limitations into a foremost human rights and public interest lawyer in Ghana.

Currently, Mr Sosu is the Managing Partner of F-X Law & Associates, a human rights and public interest law firm in Accra which he established in 2012.

He is married to Mrs Felicia Adwoa Konadu Sosu and has three children.

Mr Sosu said he had been a keen follower of the NDC since 1992 as his entire family had been NDC sympathisers. He also took keen interest in the NDC party since 2002 and had always been part of the June 4 celebrations.

In his final year in the Faculty of Law, 2008, Mr Sosu became a card-bearing member of the NDC in the then Abokobi/Madina Constituency and has since been active at Oyarifa ward of Madina NDC.

In his desire to support party activities financially, he picked up a gold card in 2014 and also volunteered himself to be duly elected and sworn in as chairman of the Oyarifa Presby Primary "A" branch of the party and was re-elected into the same position in 2017.

He is currently a member of the Expanded Legal Committee of the NDC.