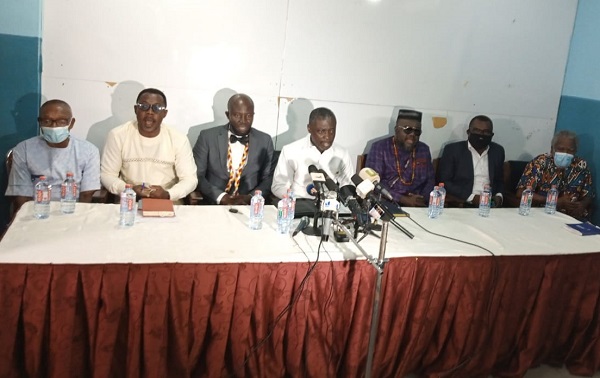 The founder of the Ghana Union Movement (GUM), Christian Kwabena Andrews has stated that Ghanaians have been made worse-off by the New Patriotic Party (NPP) administration since they won power five years ago.

According to him, amidst worsening economic conditions in the country, the government has resorted to subterfuge to perpetuate corruption in the country.

Addressing a press briefing today in Accra, Mr Andrews said the current crop of leaders had placed the interests above the development of the country, adding that the GUM was the only political party that can save the nation.

"GUM is coming like a lion to demonstrate the power of true leadership," he told a packed media at the Ghana International Press Centre.

"Next year we will elect our new executives, roll out our plans and policies for the 2024 season and begin an elaborate radio and television campaign to conscientize people about their state of affairs," he noted.

He charged the current administration to embark on an agricultural revolution that will focus on engaging the youth in agriculture.

"The Government must import tractors and other agricultural equipment and tools to motivate the youth in agriculture and make agriculture the bedrock of the country," he stated.

"Kwame Nkrumah has done his part, a GUM government will raise the bar and create jobs for the youth," he stated.

He proclaimed that God did not choose him to become only a preacher but to transform the lives of all Ghanaians.

"The must be total commitment to the development of the country and a GUM government will run an all-inclusive government to better the lots of the people," the 2020 presidential candidate of GUM noted.

He also urged the media to take seriously the policies and programs of minor parties and promote them.