Kpando chieftaincy dispute: Della Sowah lauded for her role in bringing peace to the area 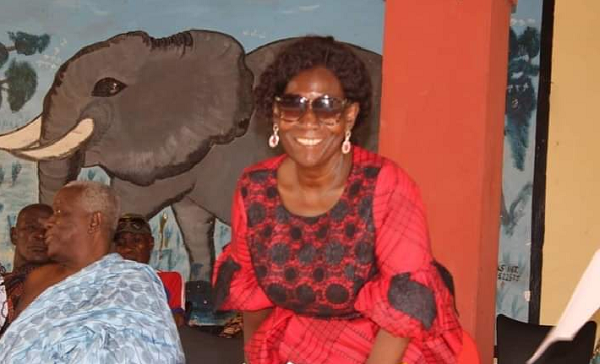 The Chairman of Kpando Chieftaincy Resolution Committee, Togbe Kwaku Ayim, has commended the Member of Parliament (MP) of the area, Mrs Della Sowah, for her role in resolving the protracted chieftaincy dispute.

The MP was very instrumental in the reconciliation processes which led to the various divisional chiefs in the area smoking the peace pipe.

Speaking to the media in Kpando, Togbui Ayim who is also the chief of Ziavi lauded the MP for her commitment to resolving the chieftaincy issues in Kpando.

"She was with us morally and financially”, he said.

They were selected by the Regional House of Chiefs to mediate the chieftaincy dispute in Kpando.

The Committee initial success was in resolving the differences among the chiefs in the Anyigbe Division, hence paving the way for peace.

The Committee also presented the people of Kpando with a road map for the unity in resolving the larger Kpando chieftaincy dispute which had lasted for over 45 years.

Togbui Ayim further stated that the current peace and tranquility being experienced in Kpando would lead to the socio- economic development of the area.

He has therefore called on the people in the area to support processes that would bring lasting peace in the area.

There have been disputes between some divisions in Kpando Traditional Area, which has stalled the development in the area.

The dispute has also halted the celebration of their annual Baakaka festival.

Through the efforts of the Member of Parliament, the over forty years chieftency has been resolved, paving way for the installation of a new Paramount chief.