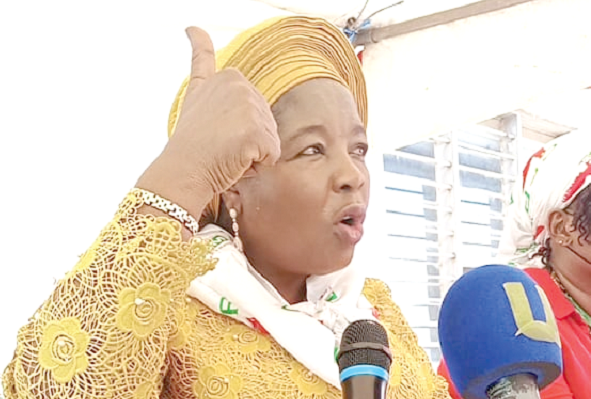 There appears to be turmoil in the camp of the Convention People’s Party (CPP) following the alleged interdiction of three key officers of the party.

At a press briefing last Friday, the Communications Director of the party, Sylvester Sarpong Soprano, said the Central Committee of the party took the decision to interdict the three individuals as their actions and inactions contravened the party’s constitution.

According to Mr Soprano, the interdicted persons had consciously and consistently thwarted all efforts by the Central Committee (CC) to carry out its mandated duties.

However, a statement signed on behalf of the eight elected national executive members by the National Organiser, Mr Yirimambo Moses Ambing, said the Chairperson, Nana Akosua Frimpomaa Sarpong-Kumankumah, was a subject matter in court to prevent her from holding herself out as the chairperson of the CPP or from involving herself in any official activities of the party.

“It must be put on record that the illegal meeting on April 1, 2022 was without the knowledge or consent of any of the duly elected eight national executive of the Convention People’s Party,” it stated.

On the alleged out of court settlement, the statement said the settlement was entered into without the notice of functional national leadership.

“All eight national officers unanimously rejected the terms of settlement and decided to set aside the settlement in the court of law,” it stated.

Meanwhile, the Accra High Court will on May 5 this year hear an application filed by Nana Akosua Sarpong-Kumankumah asking the court to dismiss a suit challenging her eligibility as party chairman, reports Justice Agbenorsi.

At the hearing in court yesterday, counsel for Nana Sarpong-Kumankumah, Mr George Mensah, notified the court of the motion for the dismissal of the suit.

However, Mr Wayoe Ghanamannti, counsel for the plaintiff, Onsy Nkrumah, indicated that neither he nor the Court had been served.

Mr Ghanamannti had wanted to move an injunction application against Nana Sarpong-Kumankumah but it was the considered view of the High Court that moving the injunction was not apt since the motion for the dismissal of the suit had not been heard.

The court, therefore, fixed May 5 for the lawyers for Nana Kumankuma to move the motion praying the court to dismiss the case against her.

Mr Nkrumah in March this year filed a suit challenging the constitutionality of the Chairmanship position.

The suit was on the grounds that Nana Sarpong-Kumankuma did not poll the mandatory 50 per cent +1 vote during the August 22, 2020 elections.

According to him, the Chairman polled 43 per cent, making her ineligible to be declared winner of the top race.