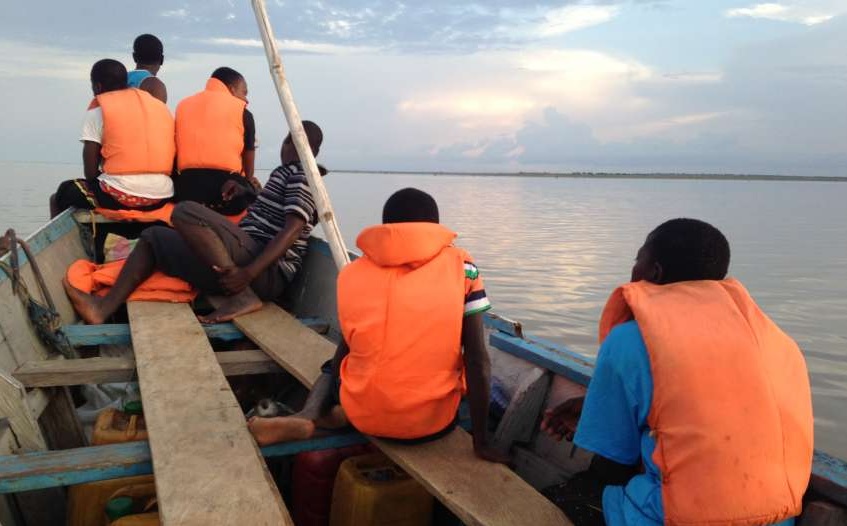 Ghana risks losing bilateral support from the United States of America (USA) if the problem of human trafficking is not addressed.

This follows the classification of Ghana as a Tier 2 Watch List country in the Anti-Human Trafficking Index Report of the State Department for the second year running.

It means the government did not meet the minimum standards for preventing trafficking in persons.

Ghana also failed to provide evidence of increasing efforts to combat severe forms of trafficking in the past year.

The US Ambassador to Ghana, Mr Robert P. Jackson, made this known at the launch of the United Nations Day Against Human Trafficking in Accra yesterday.

The acting Executive Secretary of the Human Trafficking Secretariat, Ms Victoria Natsu, launched the day (which is also termed “Blue Day”) on the theme: “Let us unite to end human trafficking: For it is real.”

Mr Jackson explained the implications of the 2016 Trafficking in Persons report and said Ghana would be automatically downgraded to Tier 3 because of the two-year consecutive ranking as a Tier 2 country.

“A Tier 3 ranking comes with restrictions on our bilateral assistance programmes,” he explained.

“While the government did not carry out investigations and some publicity campaign, last year was irrevocably marred by the complete lack of prosecutions or conviction of a single trafficker. The number of victims identified decreased. Funding for law enforcement training was inadequate. Funding for victim services and shelters was nonexistent,” Mr Jackson added.

However, he commended the Ministry for Gender, Children and Social Protection for its efforts to eliminate human trafficking in the country and added that “the Ghanaian government has an opportunity to demonstrate that it is capable of and committed to taking quick, decisive action as well”.

The Child Protection Specialist at UNICEF, Ms Emelia Allan, said UNICEF would continue to work with the government and civil society organisations and the media to eliminate human trafficking.

The Project Manager of the International Organisation for Migration (IOM) Ghana, Mr Alex Billings, called for better protection for the most vulnerable to trafficking (women and children), prosecution of perpetrators and a system change to improve inter-agency coordination of efforts and new mechanisms for data collection to monitor prosecution, protection and prevention.

A statement from the Project Manager of the International Labour Organisation (ILO), Ms Lalaina Razafindrakoko, called for concerted efforts by the government and stakeholders to eradicate human trafficking from the country.

The Director of Operations, Criminal Investigations Department (CID) of the Ghana Police Service (GPS), Chief Superintendent Felix Mawusi, who was the Guest Speaker, described Ghana as a country of origin, destination and transition of human trafficking and said the security agencies were being resourced to undertake more operations to arrest perpetrators, as well as rescue victims from within the country and outside.

Chief Supt Mawusi spoke on the ‘Role of the police in fighting human trafficking’ and said from January 2015 to June 2015 the CID investigated 135 cases, adding that so far it had investigated 69 cases this year.