I’m grateful for your support during regional tours — Prez 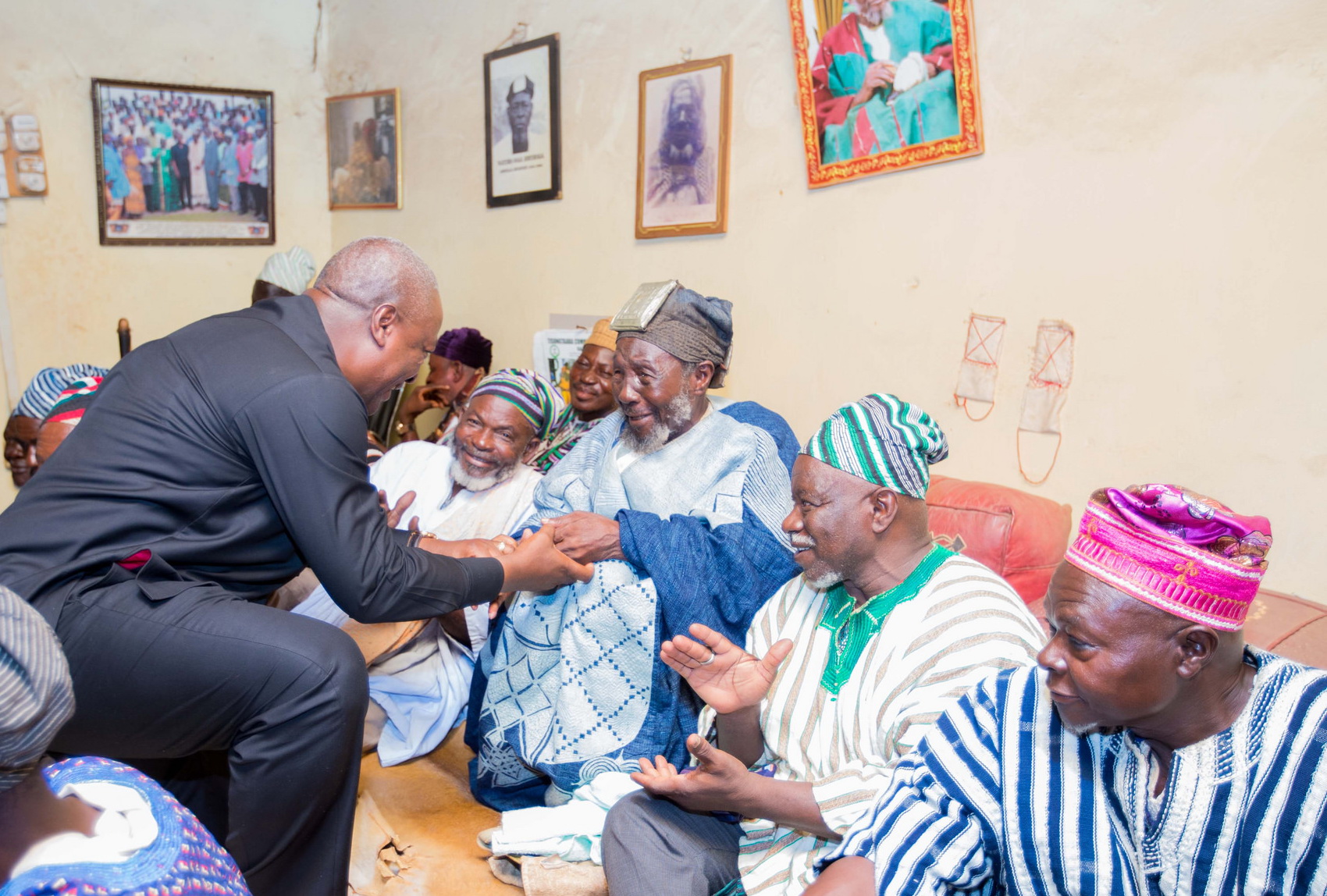 President Mahama exchanging greetings with the Nayiri, Naa Bohugu Mahami Abdulai, when he paid a courtesy call on him Follow @Graphicgh

President John Dramani Mahama entered his native Northern Region yesterday on the last leg of his “Accounting to the People” tour, promising Ghanaians prosperity in his second term as President.

He said by the grace of God when he won a second term, he would work even harder to accelerate national development and bring prosperity to the people

Speaking during a courtesy call on the Nayiri at Nalerigu at the start of the two-day regional tour, the President expressed appreciation to the Ghanaian people for the show of support given him on his tour.

"Throughout the tour I have listened carefully to the chiefs and people speak with one voice, saying ‘you have delivered massively on your mandate and, like Oliver Twist, we are asking for more’," he said.

But he stated that he could not have achieved much without the support of the people.

One place after another, the President mentioned some of the work the government had undertaken in the country.

On roads he said, "This era has seen the most massive road reconstruction in the history of the country."

The focus of his administration, he said, was putting people first, providing infrastructure, creating the necessary environment for growth and accountability.

President Mahama was given a huge welcome to the Northern Region.

His convoy from Bolgatanga was met at the boundary between the Upper East and the Northern regions at the Pwalugu bridge.

On the way to Nalerigu, enthusiastic residents cheered the President as his convoy drove through towns and villages.

Turning his attention to the Northern Region, President Mahama said evidence of progress in the region under his government was clear.

For instance, he mentioned many water projects that had been undertaken or were about to be completed.

“By the time I leave office in 2021, God willing, I am confident that all our people would have access to potable water," he said.

He said he could not have had a better place to crown his “Accounting to the People” tour than the Northern Region where his umbilical cord was cut.

He expressed the hope that the people of the region would support him once again in his re-election bid.

The Nayiri, Naa Bohugu Mahami Abdulai, the Paramount Chief of Mamprugu, commended the President for honouring most of his promises to the area.

"True to your word, you have met most of the requests I made to you," the Nayiri said in a speech read on his behalf.