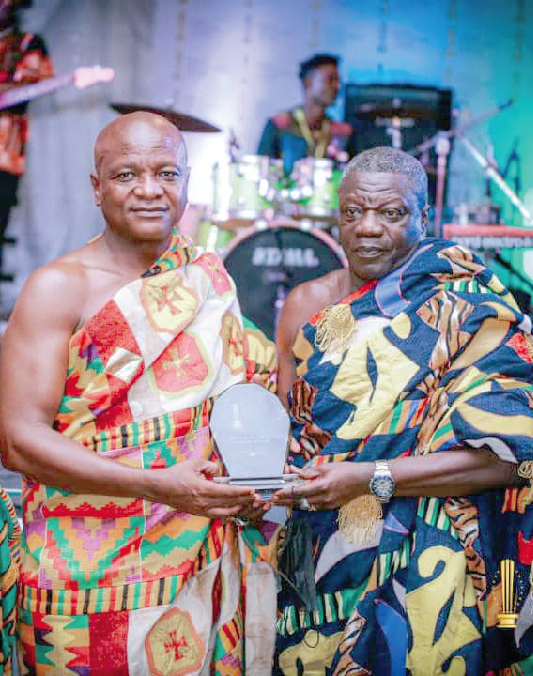 The Agbogbomefia of the Asogli State and President of Asogli Traditional Area, Togbe Afede XIV, has been adjudged the Most Outstanding Chief of the Year 2021 at the maiden edition of the Ghana Chieftaincy Awards held at Cape Coast yesterday.

He was awarded for his meritorious contribution to his paramountcy and the country as a whole.

The event was organised by the Obokese Foundation to reward traditional rulers who were making strides and impacts in their respective jurisdictions and the country at large.

About 30 traditional rulers from across the country, including paramount chiefs, paramount queen mothers and divisional chiefs, were awarded at a ceremony held at the Centre for National Culture in Cape Coast last Saturday.

Award winners for various categories were honoured with special citations for their enormous contributions for the year under review.

The Most Outstanding Queen mother of the Year went to Nana Agyakoma Dufie II, the Mamponghemaa.

In the Paramount chief of the year category, four chiefs were awarded in the different sub-categories.

In the Paramount Queen mother of the year category, five queen mothers were also awarded in the sub-categories.

They included the Divisional Chief of the Anomabo Traditional Area, Nana Obrempong Kese Obuadge VIII, who won the Promotion of Culture Award.

The Founder of the Ghana Chieftaincy Awards, Nana Obokese Ampah I, said his expectations for the night had been met, noting that he was hopeful the ceremony would encourage other traditional rulers to work harder to improve lives in their jurisdictions.

He added the foundation would put efforts in place to improve upon subsequent events.