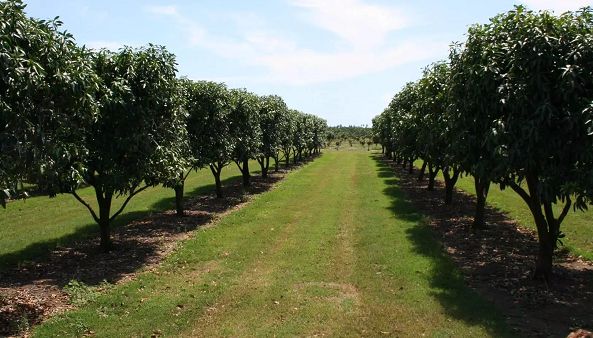 The Ministry of Food and Agriculture (MoFA) has held a stakeholders' validation meeting to discuss provisions in a bill setting up the Ghana Tree Crop Development Authority (GTCDA), a statutory body that will regulate the country's tree crops sub-sector.

When established, the authority will regulate and manage the production, processing and marketing of tree crops such as cashew, mango, coffee and citrus.

It will also be responsible for the issuance of licences, registration of industry players and enforcement of compliance to ensure adherence to best practices in the tree crop sub-sector.

The draft GTCDA Bill, put together by a technical team, is awaiting approval by the Cabinet. It will subsequently be presented to Parliament for passage into law by the end of July this year.

The authority, which will be private-sector driven, will be funded by the government.

Participants were drawn from the ministries, departments and agencies (MDAs), as well as private sector players in the tree crop sub-sector, including the Africa Cashew Alliance, the Oil Palm Outgrowers Association, Women in Agriculture, the Cashew Buyers and Exporters Association and Rubber Plantation Ghana Limited.

A Deputy Minister of Agriculture in charge of Perennial Crops, Mr Kennedy Osei Nyarko, explained that the GTCDA would also assist to carry out scientific, technological and economic research to improve the tree crop sub-sector.

He said the government attached much importance to the establishment of the GTCDA, since it would help diversify the tree crop sub-sector that had been dependent on cocoa over the years.

"I want to stress here that because of the importance of this authority, everything will be done to ensure that before Parliament goes on recess by the close of July this year, this bill is passed into law to enable stakeholders to begin work," he added.

A Deputy Minister of Local Government and Rural Development, Mr Collins Ntim, described the GTCDA as an essential body that would help open up rural parts of the country to development.

He said it would also give meaning to the government's Planting for Exports and Rural Development (PERD) policy, which focuses on diversifying the country's tree crop exports.

Mr Ntim said tree crops such as cashew, mango, shea, coffee, oil palm, citrus and coconut which were being prioritised under the PERD policy would be given a major boost with the setting up of the GTCDA.

“Agriculture has a strong link with the development of local economies and so the ministry will fully support MoFA to see to the establishment of the GTCDA, so that we can, together with the private sector, open up rural areas to development,” he added.

According to him, the establishment of the authority would further strengthen collaboration among MoFA, the Local Government and the Trade and Industry ministries to ensure that the government’s industrialisation policy was realised.