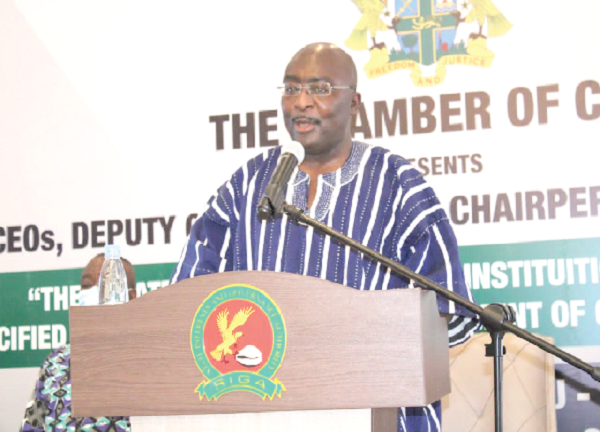 The Vice-President, Dr Mahamudu Bawumia, has advised heads of state-owned enterprises (SOEs) to shun arrogance in the conduct of their duties.

Rather, he urged them to conduct their activities in humility in order to win the support of workers, as well as their clients.

The Vice-President gave the advice at the closing ceremony of a three-day annual retreat of chief executive officers (CEOs), their deputies and board members of SOEs in Nkwatia in the Eastern Region yesterday.

The three-day retreat, held on the theme: "The strategic role of heads of institutions in transforming specified entities towards the achievement of Ghana Beyond Aid", was organised by the State Interest and Governance Authority (SIGA). 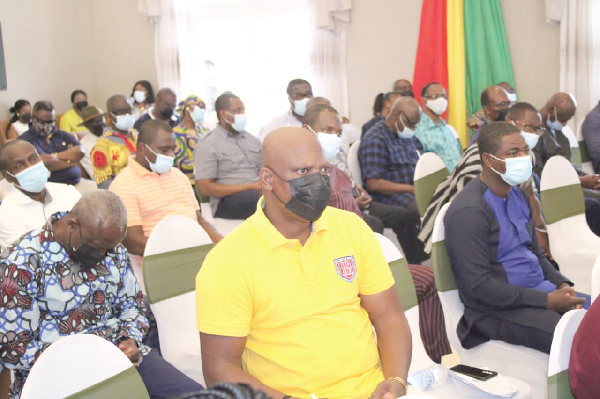 Dr Bawumia said it was when heads of institutions carried themselves out well that the fortunes of their organisations would improve.

According to him, the mindset of heads of SOEs was crucial in shaping their organisations.

In that respect, he urged the heads to carry a positive mindset as they dealt with the people with whom they came into contact at their workplaces, as well as their workers.

Taking a look at digital technology, the Vice-President said efforts by the government to transform the economy through digitalisation of businesses were yielding the desired results.

He intimated that the implementation of the digital technology initiative had led to significant improvement in the way government institutions interacted with businesses in the country.

He indicated that the government's vision for the economic transformation of the country would be achieved through digitalisation.

Vice-President Bawumia said there was perception that the separation of responsibility and accountability in performance between boards and management had become conglomerated and, therefore, undermined leadership and better coordinations in public institutions.

"There ought to be consensus that we cannot operate enterprises the way we have done in the past and expect to achieve the goals of the Ghana we want.

“We certainly will not be able to achieve the horizontal coordination for greater public coherence accountability and organisational effectiveness in the public sector," he said.

Touching on security, Dr Bawumia said the most serious threat to the security of the country was unemployment.

He, therefore, urged heads of SOEs to create employment opportunities for the teeming unemployed youth.

"Let's show the people of Ghana the respect that they deserve. Let's communicate well with one another," the Vice-President said.