Portia Gabor of TV3 wins GJA 2021 Journalist of the Year 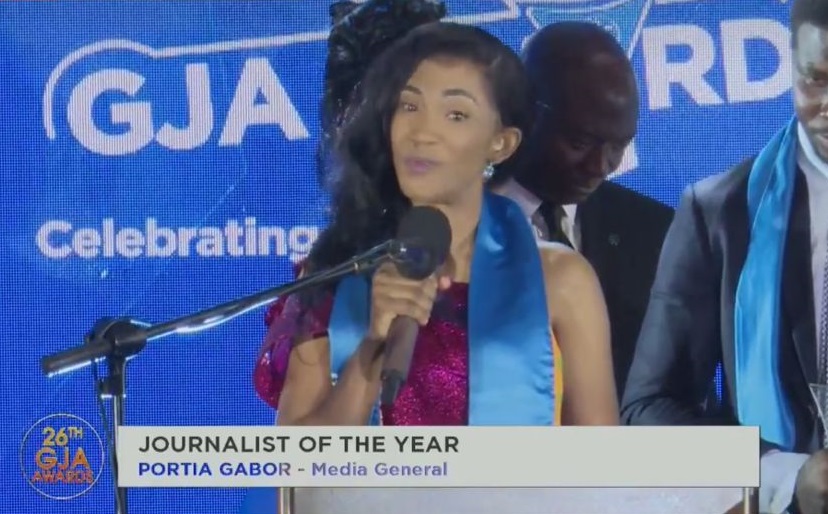 Portia Gabor of TV3 is the Ghana Journalists Association (GJA) 2021 Journalist of the Year.

Portia Gabor warded off competition from Kester Aburam Korankye of the Daily Graphic and Francisca Enchill, a freelancer.

The three of them picked up two awards each at the 26th GJA Awards on Saturday night.

Portia Gabor of TV3’s response for the award as GJA 2021 Journalist of the Year https://t.co/JleeRwcktt pic.twitter.com/1jJEP75xLC

Kester Aburam Korankye received the Best in Features for Print with the story "Attaining Efficient transport system, has the BRT collapsed" and Best in Road Safety with the story, "Indiscipline unabated, motorway without rules".

Francisca Enchill on her part picked up the Female Journalist of Year Award and Best in Investigative Journalism with the story "Pay or die: Agony of pregnant women in hospitals".

Related: At the 26th GJA Awards - Whoever killed Ahmed Suale does not deserve to live - NMC

Whoever killed journalist Ahmed Suale, does not deserve to live, the Chairman of the National Media Commission, Yaw Boadu-Ayeboafoh has said.

Addressing the 26th GJA Awards ceremony in Accra on Saturday night on the theme, "Walking the path towards Ghana's economic recovery; the role of the media," Mr Boadu-Ayeboafoh said it was worrying that the case of Suale has not been solved as of now.

He also recalled the murder of another journalist, Samuel Ennin in 2007, who was the Ashanti Regional Chairman of the GJA, which has also not been solved as of now.

Female Journalist of the Year

GJA/PAV Ansah Journalist of the Year