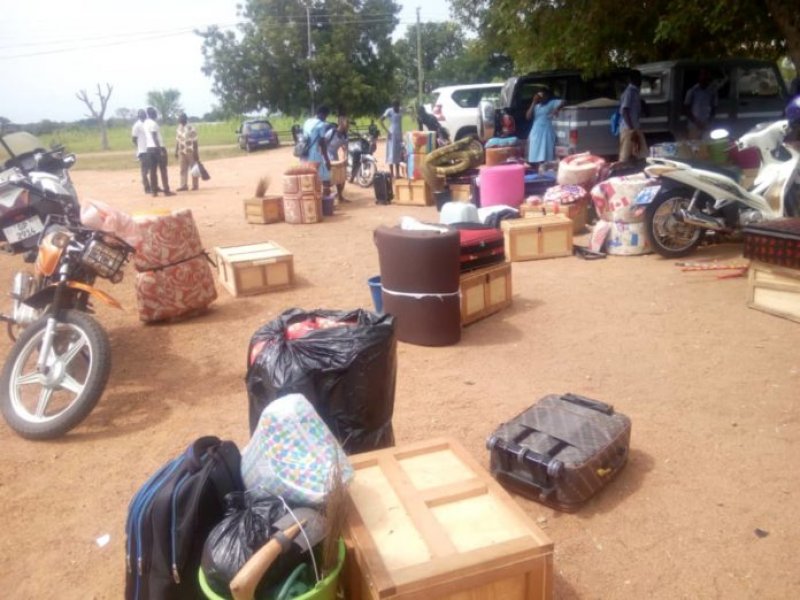 Hundreds of parents and their wards have been stranded in schools in Cape Coast as the reopening date for Senior High School (SHS) form three students was changed just as they reported to school on Tuesday.

A WhatsApp message was sent to the parents announcing the new date as Wednesday, May 5, 2021, without prior notice, the parents said.

At Wesley Girls, the Parents Teacher Association had arranged buses for the students from Accra, Tema, Kumasi and other cities.

The students, who came with the Accra bus, were the first to receive the disturbing news.

Some parents, who took their wards to the schools, had left before the news of the new reopening date got to the School.

As at 0915 hours when the GNA got to some of the schools, it was observed that students from various schools were waiting for vehicles to take them back home.

When the GNA got to St. Augustine College, parked vehicles were seen in their numbers with students in them.

In general, there was uneasy calm at the schools and many of the parents and students looked disappointed and frustrated.

Mrs Cecilia Andoh, a parent, said the school authorities had failed the parents, adding that the only excuse given by the authorities was that they had the information in the late hours of Tuesday.

"They have our contacts; we expected that you relay every information to us so that we know our left from our right. This has just been a waste of money and time,” she added.

At the Adisadel College, a staff who pleaded anonymity told the GNA that “we tried informing the majority of the parents but we could not get into contact with all. We still cannot blame the school because this is a directive from the Ghana Education Service.“

At the Holy Child School, a source told the GNA that the students reported to school on Monday, April 5.

Expressing worry, an SHS three student said she had to carry all her items home, adding that the West African Secondary School Certificate Examination (WASSCE) was fast approaching and as such, they needed enough time in their respective schools to study.

She said it was unfortunate they had to spend another month at home.